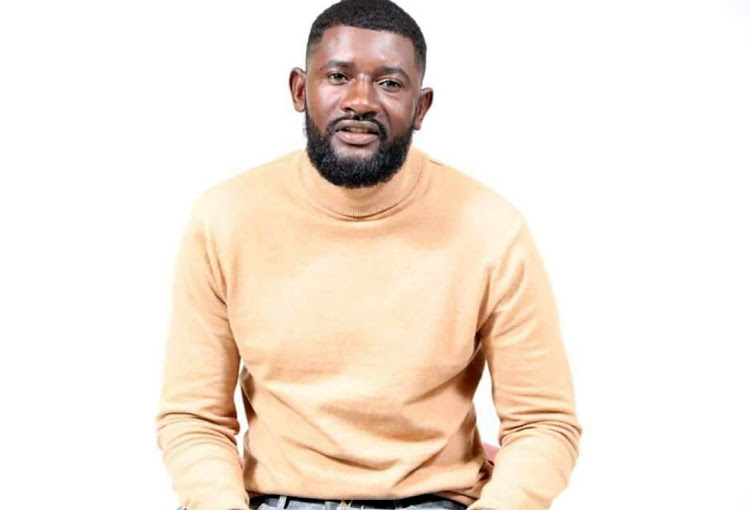 The alleged mastermind behind the burglary at President Cyril Ramaphosa's Limpopo game farm told fantastical tales to a Namibian court, it emerged this week.

Imanuwela David said he became a wealthy Johannesburg property developer in 2020 after serving in the SA Army in Abu Dhabi, Mali, Iraq and Libya.

This is according to a court transcript handed to the Namibian National Assembly on Thursday by Albert Kawana, the minister of home affairs, immigration, safety and security.

The transcript is from proceedings in the Karasburg magistrate’s court, where David was tried for crossing the Orange River in a canoe near the Vioolsdrif border on June 12 2020, when cross-border travel was banned due to the Covid-19 lockdown.

David also claimed this illegal crossing was to scout a potential property development in Namibia.

According to former state Security Agency director-general Arthur Fraser, David was the mastermind behind the burglary at Ramaphosa’s Phala Phala farm on February 9 2020, when he and accomplices allegedly stole at least $4m hidden in a sofa.

David has yet to be arrested in connection with the alleged theft which, according to Fraser, was covered up amid attempts to recover the money by the presidential protection unit.

Long before Fraser’s June 1 affidavit named David as the mastermind, the alleged burglar was playing a central role in a scandal in Namibia.

After he crossed the border with two luxury watches, a gold chain, and Namibian and US currency equivalent to about R488,000, David allegedly bribed former National Fishing Corporation of Namibia (Fishcor) CEO Paulus Ngalangi and a police sergeant, Hendrik Nghede, to facilitate his illegal entry.

The trial of Ngalangi and Nghede is expected to resume in July after they pleaded not guilty.

David pleaded guilty to immigration and customs offences and paid a R20,000 fine after telling the court he had three children, aged 12, 8 and eight months, and that he was married.

His lawyer, Percy McNally, told the court David was employed by a property developer in Fourways, Johannesburg.

“(David) completed matric in 2002 whereafter he enlisted in the SA Army. He was in Abu Dhabi, Iraq, Mali and Libya doing peacekeeping work,” he said. The SA National Defence Force has never conducted peacekeeping operations in any of these countries.

According to McNally, David did not plan to cross the Orange illegally. “(David) was on his way to Swakopmund to scout some development and he did not see himself returning to Pretoria after he was informed that he could not enter Namibia due to Covid-19; therefore he chose to enter Namibia at another point of entry,” he said.

“It was not a wise decision. (David) now has to face the consequences of his impulsive actions which is negatively affecting him in terms of his feelings and money.”

‘So easy’ to rob the president, says heist ringleader

An explosive recorded interview with the alleged mastermind behind the hard-currency heist at President Cyril Ramaphosa’s bushveld farm has thrown ...
News
1 month ago

After his arrest David tested positive for Covid-19 after reaching Windhoek, and prosecutor Yeukai Kangira said he had placed the entire country at risk.

“(David) further cost the Namibian government taxpayers' money as he had to be quarantined alongside all his traceable contacts from Karasburg up to Windhoek. It is for these reasons that a deterrent sentence must be put on the accused to deter him and would-be offenders,” said Kangira. 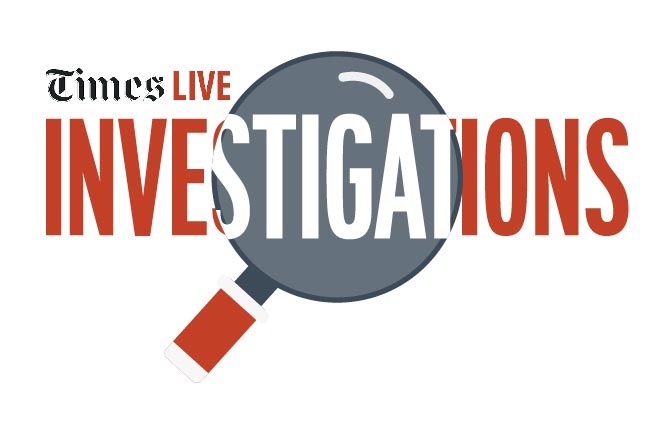 In a confidential report, former Namibian police commissioner Nelius Becker mentions a “person of interest” involved in David's movements across the border.

This “person of interest”, a Johannesburg business owner who asked not to be named, told TimesLIVE he was asked by a friend to transport David to Vioolsdrif, where he was expected to attend a meeting.

“I only knew his name as Imma. He was travelling very lightly, he only had a backpack and his cellphone,” the man said, confirming that Imma was David when he was shown pictures of David.

He said they booked into a lodge for the night with the expectation that he would take the person back to Pretoria the next day. However, David called him and told him he would stay on there for a while longer and that he could go back to Pretoria on his own.

'He is the nicest guy'

A close friend of David, who asked to remain anonymous, said people who knew him were shocked by what had emerged in Fraser's affidavit and since.

“He is the nicest guy when you know him. A very easy-going, down-to-earth and chilled guy,” he said.

“He was very generous and caring towards other people, had loads of girlfriends and liked the flashy things, especially watches and Gucci clothing and clubbing.  He sent me a bill that he paid at Sneaker Cartel nightclub, where he spent R106,000 on seven bottles of Armand de Brignac Ace of Spades Gold Brut and two hubblies.

“I am a collector of watches, and by the watches that he wore, which included a $150,000 Hublot, you can see he can afford things.”

TimesLIVE has a copy of the nightclub bill, which contains David’s name and signature.

The friend said no-one knew what David did “and we cannot imagine him masterminding this burglary. I chatted to him recently and when I mentioned the burglary he laughed a lot about it, but he never confirmed or denied it.”

He said one of the things David’s friends had always wondered was where he got his money from. 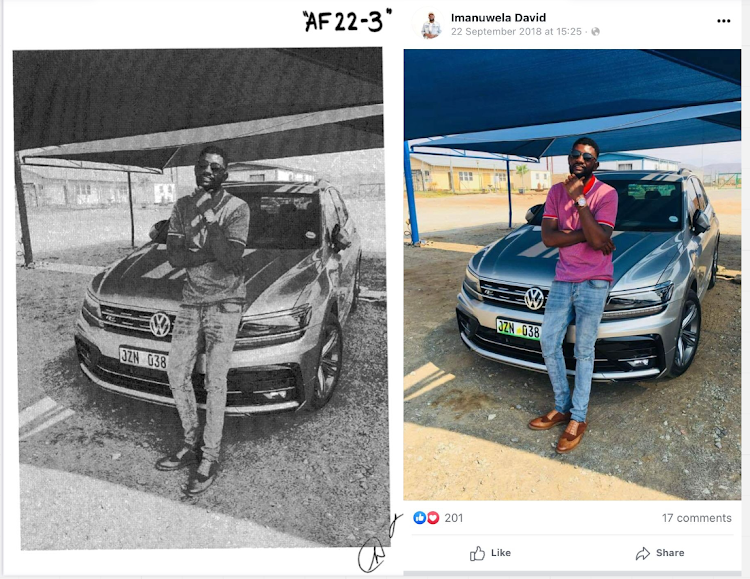 Hawks sources said Arthur Fraser's affidavit attempted to illustrate the assets Imanuwela David bought with the proceeds of the Phala Phala burglary by including a Facebook picture uploaded by David in September 2018, 17 months before the alleged burglary.
Image: Supplied

He said he believed David knew towards the end of last year that something was coming. “He has been asking people to get him a passport, but no one wants to help. We knew he was desperate to leave SA.

“Suddenly between August 2021 and January 2022 David sold his BMW M5, Range Rover Sport, Mercedes-Benz C63 and VW Golf R, which was matched to the colour of his Hublot watch which was rose gold.

“He sold his Range Rover Sport for R1.6m, his Golf for R650,000, his BMW M5, which was sprayed with colour-changing paint, Mercedes-Benz C63 for about R1.5m. He eventually sold his Mercedes-Benz G-Wagon for R2.5m which he bought from selling his other cars.

“Recently he wanted to sell his Porsche, which is worth about R7m, but with everything that has happened around him, his friends have pulled out of the deal.”

The friend said while many of the cars were in the names of his co-accused, the money from the sales always went to him.

TimesLIVE is in possession of the vehicle registration papers for David’s vehicles, which shows at least one is registered in the name of Urbanus Shaumbwako, one of the men accused of breaking into Ramaphosa’s farm.

“In December he gave our friend $20,000 in clean crisp bills, still wrapped.  He claimed it was from a diamond deal he did in November. He wanted the money to go towards buying a car. Our friend could not exchange it so David had someone come and buy them.”

Recently he wanted to sell his Porsche, which is worth about R7m, but with everything that has happened around him, his friends have pulled out of the deal.

The friend said In December 2021, David went to Mozambique, allegedly for a diamond deal.

“Before he went he said he needed to sell his Mercedes-Benz C63 AMG and that R50,000 from it would apparently go to people at the border.”

Several of David’s Instagram pictures from his now-deleted account also show he started living a lavish lifestyle in 2018, long before the Phala Phala burglary, a fact which was pointed out in Becker’s report.

“An Instagram search revealed that (David) has two accounts. On the first account his pictures reflect mundane posting and vehicles and his appearance appears to be average to poor. In his second Instagram account dated from around April 2018 you see a clear change in his profile, and he is posting with better clothing and an expensive vehicle,” Becker said.

“On December 30 2019 he posts: 'I can proudly say this is the beginning of wonderful changes in me and my family and my life'.”

MAKHUDU SEFARA | SA will not be distracted, Mr President. We want answers

Ramaphosa will try every trick in the PR playbook to deflect the game farm scandal. We must keep pressing and probing
Opinion & Analysis
1 month ago

Pule Mabe said it was bizarre that the DA overlooked local law enforcement authorities and reached out to a foreign agency.
Politics
1 month ago

PODCAST | Farmgate: 'the ANC needs to step aside,' says analyst

In today’s instalment of the Sunday Times Politics Weekly, we look at President Cyril Ramaphosa’s predicament in the wake of the scandal over a ...
News
1 month ago