eThekwini reopens some of its beaches before Durban July weekend 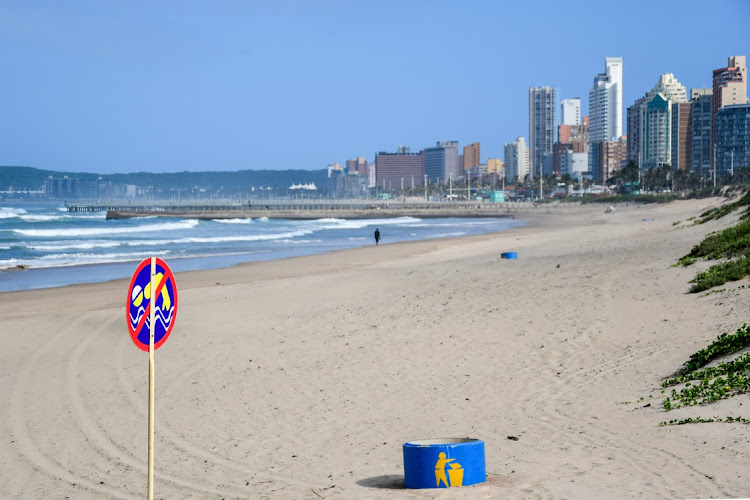 Some of Durban's beaches will reopen on Friday, after being closed for months following devastating floods that hit KwaZulu-Natal. File Photo.
Image: Gallo Images/Darren Stewart

eThekwini municipality has announced it will reopen some beaches on Friday.

High levels of the bacteria E.Coli has been attributed to damage to the city’s wastewater treatment plants and sanitation infrastructure caused by the recent floods, resulting in sewage pollution.

This prompted the municipality to shut the beaches indefinitely more than a month ago.

“Having received the latest water quality results, eThekwini municipality has taken a decision to open some of its beaches today [Friday],” said Msawakhe Mayisela, municipal spokesperson.

“This comes after recent water tests indicated that E-Coli levels were within acceptable standards. The public can now enjoy bathing and other sporting activities at these beaches.”

“Water tests were conducted daily to monitor the E-Coli levels to ensure they reach acceptable standards. The latest test results carried out at all beaches revealed that some beaches are still affected while others are at an acceptable standard and are ready for public use.”

“The city will continue to monitor the rest of the beaches and inform the public once levels of E-Coli have decreased to standards that are safe for the public to enjoy it.”

Dangerous levels of E.coli at some of Durban's beaches may scupper the winter vacation plans for thousands of holidaymakers as the school holidays ...
News
1 month ago

With the annual sardine run under way and the shark nets lifted, the sightings and catch and release of predators have increased over the past few ...
News
1 month ago

Durban residents have been warned to stay away from beaches and not drink water from “unreliable sources” as the city continues to address pollution ...
News
3 months ago