‘I won’t return to Eskom’: Matshela Koko rejects calls to go back to power utility amid load-shedding 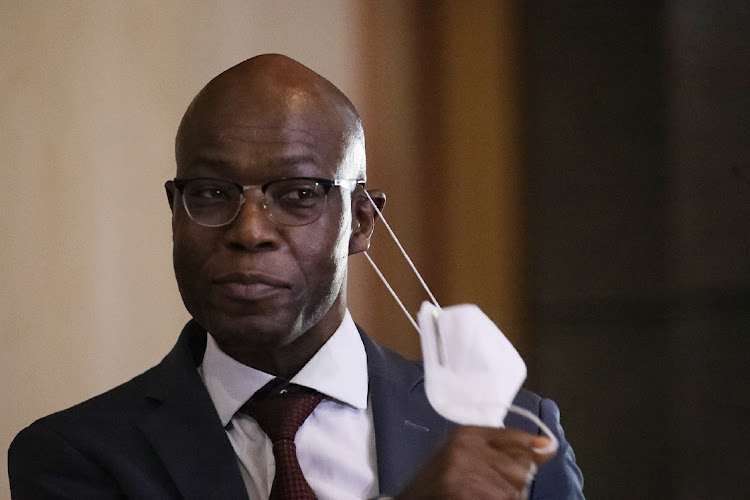 Former Eskom CEO Matshela Koko says he will not 'work for any state-owned company under the sixth administration'. File photo .
Image: Veli Nhlapo

Former Eskom CEO Matshela Koko has declined calls from some social media users wanting him to be reinstated amid the power utility’s ongoing load-shedding.

Koko’s name hit the trends lists on Twitter this week during stage 6 load-shedding.

Many online suggested he should be reinstated.

I think at some point we must start a campaign to rehire Brian Molefe and Koko Matshela as CEO and Chief Engineer respectively.

Responding to the calls, Koko said he would not return to Eskom or any other state-owned company soon.

“I will not return to Eskom nor work for any state-owned company under the sixth administration,” he said.

Weighing in on continued stage 6 load-shedding, Koko said it had little to do with striking Eskom workers.

“ Electricity demand this week has been more than 33,000MW. Eskom has consistently struggled to meet the demand of 29,000MW for the past 12 months. We must prepare ourselves for sustained stage 6 load-shedding. This has nothing to do with the strike action. It’s a mess,” he said.

“I don’t see how Eskom can sustain its operating reserves under these conditions. The electricity demand of 33,000MW and plant breakdowns of 17,000MW will deplete any reserves over night. This has very little to do with the striking workers.”

'No signed agreement, no end to strike' — Eskom workers at Lethabo power station

Striking Eskom employees at the Lethabo power station in the Free State continued their protest on Wednesday.
News
1 month ago

Koko was sacked as Eskom CEO in 2018 by President Cyril Ramaphosa in a joint decision supported by former president Jacob Zuma after he was embroiled in allegations of wrongdoing.

In May this year, chief justice Raymond Zondo recommended Koko be investigated and possibly prosecuted for Gupta-linked deals at Eskom.

Zondo made the recommendation in part four of his report on the inquiry into state capture.

“To the extent there were concerns that Mr Koko may have engaged in acts of corruption which harmed Eskom, the evidence which has been unearthed by the commission has revealed cabinet’s concerns about Mr Koko were fully justified,

“In my view, Mr Koko, consistent with his decision to become a Gupta agent, was feeding Mr Salim Essa with information to enable the Guptas to position themselves advantageously in relation to Eskom’s affairs in general and the takeover of Glencore’s coal interests in particular,” said the report.

However, Koko denied he and other executives were Gupta agents who collapsed Eskom to benefit the controversial family.

He also criticised Zondo for not reading his affidavit in response to the allegations about Eskom, and said he set up the National Prosecuting Authority to fail.

"I have come to the conclusion that CJ Zondo has set up the NPA to fail," said Koko.
Politics
3 months ago

The National Union of Mineworkers says it is awaiting the formal tabling of an improved wage offer from Eskom.
News
1 month ago

'Eskom falls under public enterprises': Mantashe says it's 'unfair' to blame him for load-shedding

"What should I do with Eskom as mineral resources and energy minister? The power utility is a matter [which falls] under public enterprises,” said ...
News
1 month ago