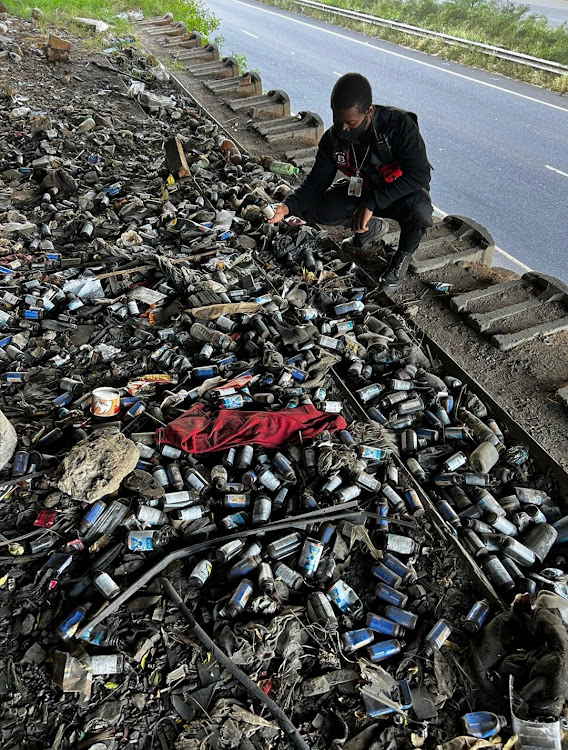 Thousands of empty cough syrup bottles have been discovered in spots frequented by alleged drug users and criminals in the north coast town of Verulam.

“The bottles were found under bridges on Todd Street, on an unused railway line near Groom Street and in drains along the R102 southbound lanes in Verulam.

“All three areas are frequently used by drug addicts and suspects sought for crime in the CBD,” said Prem Balram of Rusa.

“When Rusa officers made enquiries at local pharmacies, they were informed that these bottles of cough mixtures where purchased cheaply as over-the-counter (OTC) drugs.

“This is intoxicating and dangerous and has become the target of abuse by drug users. It's an easy and cheap way of getting high.”

According to the SA Health Products Regulatory Authority codeine-containing cough syrups are regulated in terms of schedules 2 and 3 of the Medicines Act. Unless prescribed by an authorised prescriber, they can only be sold by a registered pharmacist, or a post-basic pharmacist’s assistant under the supervision of a pharmacist, at a licensed pharmacy.

A study conducted by the Human Sciences Research Council, University of KwaZulu-Natal and SA Medical Research Council among 144 pupils in two townships in SA found the adolescents are increasingly experimenting with new “craze drugs, including over-the-counter-cough-medicine (OTCCM).

Adolescents also said the cough medicine had similar euphoric effects to alcohol or marijuana, but could not readily describe any negative impact, the study found.

Places including US states that have legalized cannabis appear to have increased its regular use, while Covid lockdowns had a similar effect, raising ...
News
1 month ago

Cocaine worth more than R100m found on vessel in Durban harbour

A total of 265 bricks of cocaine, worth R111m, were discovered concealed in bags aboard a vessel ferrying trucks in the Durban harbour on Saturday.
News
1 month ago

A new sweet-tasting combination treatment designed for infants and young children with HIV has been approved for use in SA.
News
2 months ago