Woman falls down gorge while hiking in KZN 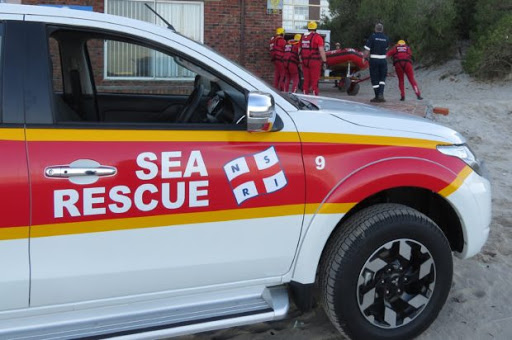 The National Sea Rescue Institute assisted with the rescue of a woman who fell down a gorge on the KwaZulu-Natal south coast on Sunday. File photo.
Image: NSRI

A 49-year-old woman was injured when she fell down a gorge on the KwaZulu-Natal south coast while hiking on Sunday.

“Our NSRI jet-rib Spirit of Surfski VII was launched at The Pont and responded up the Umtamvuna River while police search and rescue, fire and rescue and paramedics hiked along the Umtamvuna hiking trail towards the patient.

Du Plessis said the team hiked a short distance inland after coming ashore and found the woman in the care of rescuers.

“The patient was secured into a basket stretcher and hiked to our rescue craft.”

Du Plessis said the woman was in a stable condition and was transported to hospital.

Tributes for swimmer killed by shark at Plett beach

A swimmer who was killed by a shark at Sanctuary Beach in Plettenberg Bay on Tuesday has been named as Bruce Wolov.
News
1 month ago

A salvage operation is under way to remove a large capsized fishing vessel with an undisclosed amount of fuel aboard from the sea close to Cape Point ...
News
1 month ago

Eight rescued, one missing after ski-boat capsizes off Durban

Eight men were rescued and the search for another continues after their ski-boat capsized at sea off Durban on Thursday night.
News
1 month ago