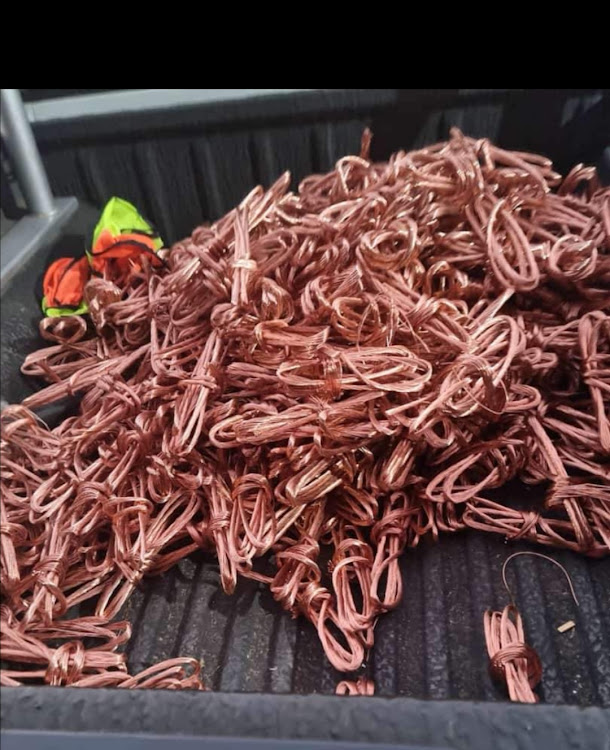 Nearly 700kg of stolen copper has been recovered from two alleged illegal scrapyards in Durban in a joint operation between police, Transnet, Prasa and Telkom.

Police said in a statement the scrapyards were raided by the economic infrastructure task team in Newlands East.

“The two yards were located within sight of each other. A total of 682kg of stolen copper was recovered from both yards.”

Three men, aged between 23 and 51, were arrested and detained at the local police station.

“Two scales and 15kg of aluminium cables and lids were also recovered. The suspects were arrested for possession of stolen property and tampering with infrastructure.”

Police said arrests would continue “until infrastructure in eThekwini is no longer tampered with”.

City Power has welcomed the arrest of six suspects, including two of its security officers, for cable theft and vandalism in different areas at the ...
News
1 month ago

The Hawks in the Northern Cape have served summonses on four suspects alleged to be dealing in non-ferrous metals.
News
1 month ago

Three men were arrested on Saturday for allegedly stealing copper cables on a railway track near the SJ Smith Hostel at Mobeni in Durban.
News
1 month ago