‘I can’t let my son down’: Mom starts R180k crowdfunding to keep her son at Drakensberg Boys Choir School 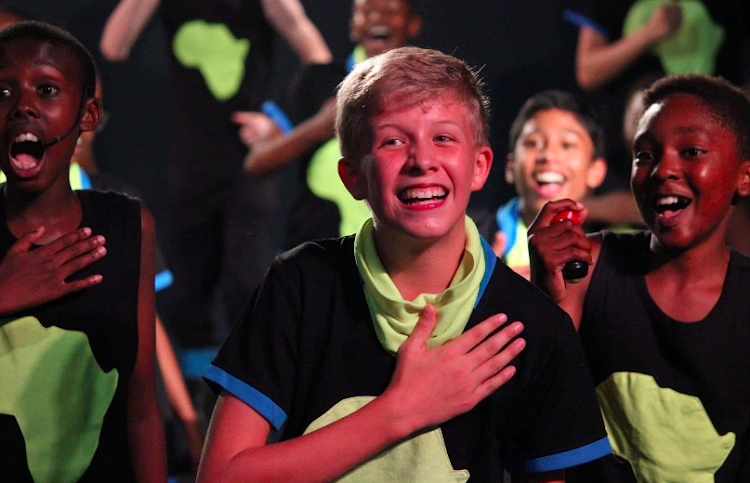 Kayden Mulder is a Drakensberg Boys Choir School pupil whose mother cannot afford the fees for him to stay at the school.
Image: Jadean Frame/BackaBuddy

A mother of a Drakensberg Boys Choir School pupil has started crowdfunding in a bid to keep her son at the prestigious school in KwaZulu-Natal.

Jadean Frame, Kayden Mulder’s mother, started crowdfunding to raise R180,000 for her son’s tuition for the next two academic years.

Kayden’s journey at the school started in October 2018 when he was scouted to be a “Drakie boy”.

He was auditioned and accepted into the school as a grade 4 pupil in 2019.

Speaking to TimesLIVE, Frame said raising the funds to keep him at the school was important for her family. She said it would allow her son the opportunity to continue his studies in a school where he is able to show his true character, love and appreciation for music.

Frame said she started crowdfunding after receiving a letter of demand from the school, stating Kayden could not return next term if his fees were not up to date.

“I negotiated that I would do as much fundraising as possible, hence my utter desperation to reach out. I am not one to put my pride in my pocket so this has been a big step for me.

“The problem is ongoing though, and I have mentioned to the school over the years that I could not afford the fees. I didn’t realise crowdfunding was a thing until a very special woman met my son and got in touch with me. I confided in her and here we are.”

Frame said should she not raise enough money to pay for her son’s tuition she would have to seek placement at a mainstream school and his time at Drakensberg Boys Choir School would end.

“Kayden really is an all-round top achiever and, despite him losing his dad, he used that as a tool to power through anything and everything. I cannot let my son down. It would be to his absolute detriment for him not to return and finish his time at Drakensberg Boys Choir School.”

“Magic happens when the arts and sport come together,” said the choir.
Sport
5 months ago

Mulder was one of the boys who sang in the school’s choir with Sharks players at Kings Park Stadium in Durban earlier this year.

“I have no line of sight of any donations made as it is school holidays and the offices are closed. I have emailed the school to see if I could get an indication.

“Generally donors prefer to stay anonymous, from what I have been told. I have had inbox messages with questions and suggestions of donations that could be made,” she said.

Those who wish to make a donation towards Mulder’s tuition can make a direct deposit in his name to Drakensberg Boys Choir School using the following information:

The Drakensberg Boys Choir has captivated music lovers online with the release of their exceptional rendition of Imagine Dragons' "Follow You".
TshisaLIVE
9 months ago

According to a statement from the school, the choir has cancelled seven tours and 68 concerts since the start of the lockdown on March 27.
Lifestyle
2 years ago