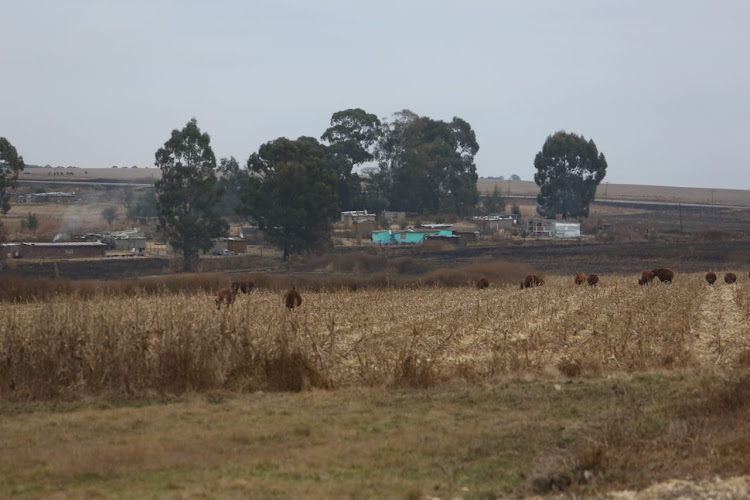 The informal village, situated next to the farm (approximately 25km outside Ermelo), is visible from where the alleged incident took place.
Image: Ziphozonke Lushaba/TimesLIVE

While the parents of one of the alleged victims and a partial witness to the events of Friday July 15 maintain farmer Louis Grobler chased three children down on his farm Leliefontein and purposefully hit two of them with his bakkie, before he caught and allegedly assaulted the third, another version of events is starting to take shape.

Grobler, 41, who appeared in the Ermelo magistrate's court on Wednesday, is still in police custody until his bail application is finalised tomorrow.

On Wednesday, while Grobler was appearing in court on charges of attempted murder and assault with intent to cause grievous bodily harm, TimesLIVE visited Leliefontein, the farm on which the disputed incidents occurred.

PSIRA-registered independent forensic investigator Paul Koen, who has been working as a private investigator for the last six years and has 30 years’ experience as a policeman (26 of those as a detective), accompanied this reporter to the waterlogged section of the farm where a clump of unharvested maize remains at the bottom of a muddy trail.

This is where the children claim to have been assaulted by Grobler. 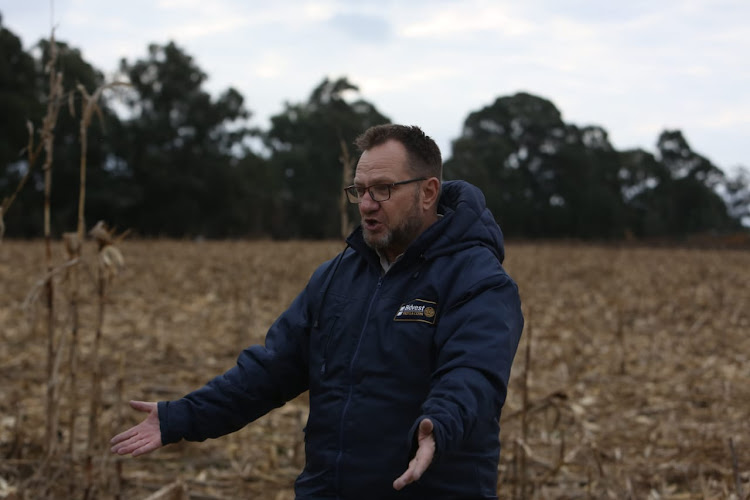 Forensic investigator Paul Koen at the scene of the alleged crime. Koen believes the evidence from the scene "proves" the incident was "an unfortunate accident".
Image: Ziphozonke Lushaba/TimesLIVE

Koen feels strongly the incident was an accident.

“The children were allegedly hiding in the unharvested mielies and ran out directly in front of the bakkie,” Koen told TimesLIVE.

He pointed out the 10m-long brake marks left by Grobler's bakkie in the muddy soil, which he said he measured on Tuesday. 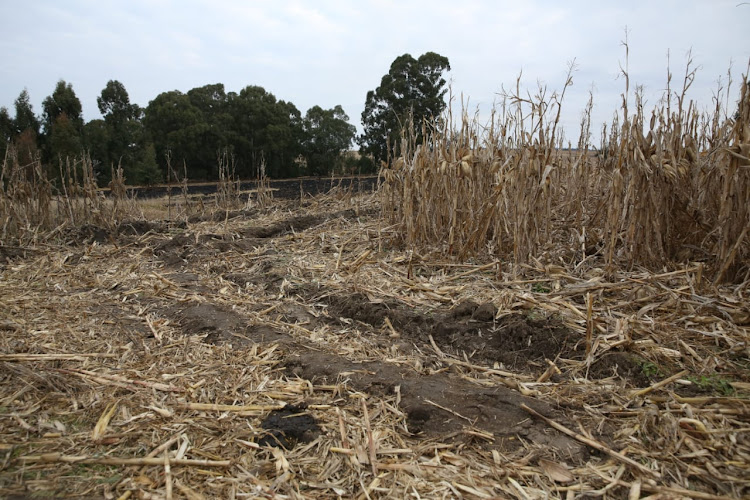 The marks left by the braking bakkie in the foreground with the deeper marks where the 10-year old victim was stuck under the bakkie at the back.
Image: Ziphozonke Lushaba/TimesLIVE

TimesLIVE conducted a brake test on the scene. Driving at a mere 20km/h it took a 4x4 bakkie about 2m to slide to a halt after an emergency stop.

At the scene of the incident, according to Koen, the point of impact is less than 2m from the unharvested maize where the children were allegedly hiding.

“This means any version that indicates Mr Grobler chased the alleged victims for some distance does not make sense,” Koen said.

A family member of Grobler said it was likely the children were hiding in the maize.

“Louis has lost something like 40 tonnes of mielies this season because of theft.

“If you look at these mielies, most of them are empty with just the outer shells of leaf remaining. The thieves leave the plants on the edge of the field intact and steal from the inside. That way, if you drive by without closely inspecting each plant, you will only realise the loss once you start harvesting.” 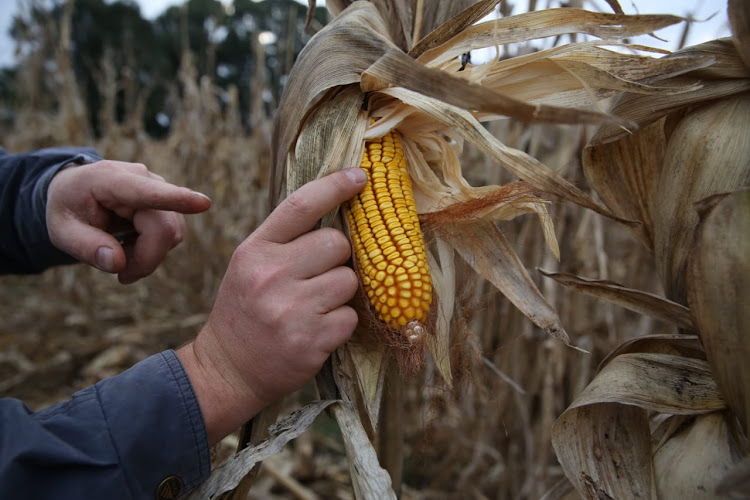 A family member of the accused showed TimesLIVE some of the few mielies still left in the partially unharvested field.
Image: Ziphozonke Lushaba/TimesLIVE

The family member added that Grobler “did all the right things” but the “accident was unavoidable”.

“When he hit the two kids, the one girl was stuck under the bakkie in the mud. If Louis had kept trying to spin the vehicle to get loose, her injuries would have been much more severe. He immediately called for a tractor as well as emergency services to assist.”

They then used the tractor to pull the bakkie off the 10-year-old girl, whose leg was broken by the impact. Ambulances transported her and her friends to hospital.

Less than a kilometre away from the scene is the small informal village where the children and their families live.

The father of the 10-year-old girl said they were under the impression the field had been harvested, meaning it was permissible to take what was left.

“They went there on Friday at about 2pm to pick mielies still left in the field after the harvesting was done,” the father, 38, told TimesLIVE.

He said they don’t know how Grobler knew the children were there.

A farmer accused of running over two children and assaulting a third has told the Ermelo magistrate's court he did not mean to injure them.
News
4 weeks ago

A fellow villager said her house is within partial sight of the maize field and she saw part of the events play out.

“The farmer suddenly appeared in his bakkie, driving to the field. He was driving very fast — faster than people normally drive with bakkies on the farm,” she said.

The father said he was told this version of events: “He chased the three children with his bakkie. One of the children changed direction and he hit the other two girls with the bakkie. He then jumped out and chased down the third one. When he caught her, he held her up in the air and then threw her to the ground. After that he stomped on her upper body with his foot.”

His daughter is still in hospital.

“Her leg is broken and she must stay there. The 13-year-old girl the farmer [allegedly] threw on the ground and the other one were discharged. The 13-year-old is still complaining of a swollen neck and ankle and having difficulty breathing.”

The MEC for community safety, security and liaison in Mpumalanga, Vusi Shongwe, has encouraged the public to assist police if they have information ...
News
4 weeks ago

A 41-year-old motorist who allegedly deliberately ran over two children and assaulted another is expected to appear in the Ermelo magistrate’s court ...
News
4 weeks ago