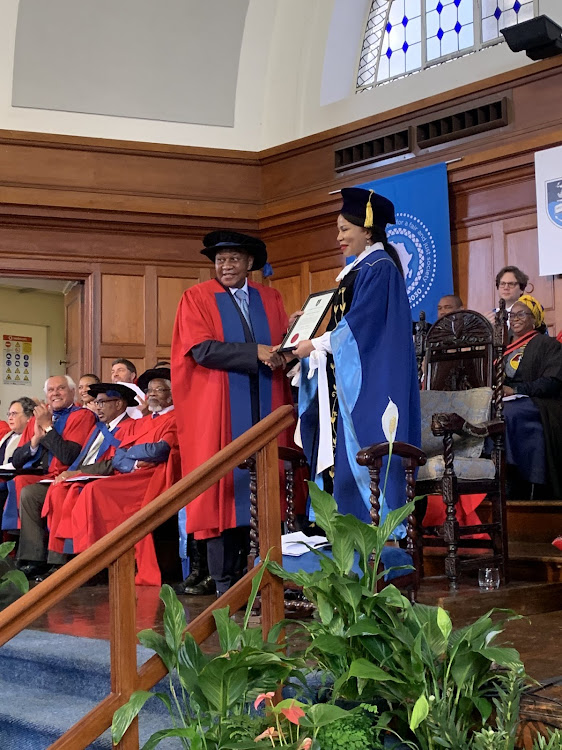 Kaizer Chiefs founder and chair, Kaizer Motaung was on Friday conferred an honorary doctorate by the University of Cape Town (UCT).

The honorary degree of doctor of social science was awarded in honour of his contribution to South African football.

“When I received the indication from the vice-chancellor I regarded it as a high honour, particularly as it comes when UCT is ranked top in Africa.

He said he was grateful to the university and Prof Mamokgethi Phakeng for the invitation and honour.

“I have not accepted invitations from other institutions to be honoured. I did so as I felt I had not scratched the surface yet. I believe there is so much work outstanding to be done in our country.”

He used the ceremony to reflect on his life in football.

“Today I look back and say it was painful but worth it,” he said.

He thanked his family for their support when he founded the team.

“We used our family home as a clubhouse. Thanks to my parents, who allowed it and provided hospitality to the team, including supporters who would come unannounced from time to time. Today I look back and am thankful to many men and women past and present who believe in this dream of forming this colossal brand, Kaizer Chiefs,” he said.

Motaung started playing soccer for Orlando Pirates at 16. He entered the world of international soccer in 1968 when Atlanta Chiefs founder and owner Dick Cecil and former West Ham United player Phil Woosnam recruited him after team trials in Zambia.

When he returned to SA from the US at the height of apartheid, while he was still a player, he founded Kaizer Chiefs on January 7 1970.

The team became the most successful in the country, winning more than 78 trophies and gaining an estimated 14-million supporters throughout the country.

His contributions to soccer extended beyond Kaizer Chiefs as he was also at the forefront of the formation of the National Soccer League and Premier Soccer League in 1985 and 1996 respectively.

If the cap fits: ‘graduate’ gogo didn’t go to school but made sure granddaughter did

It might have been close to midnight, but the Standard Bank Ovation Awards ceremony was packed to capacity in numbers and energy
Lifestyle
1 month ago