Which Covid-19 variant is wreaking havoc in Europe? 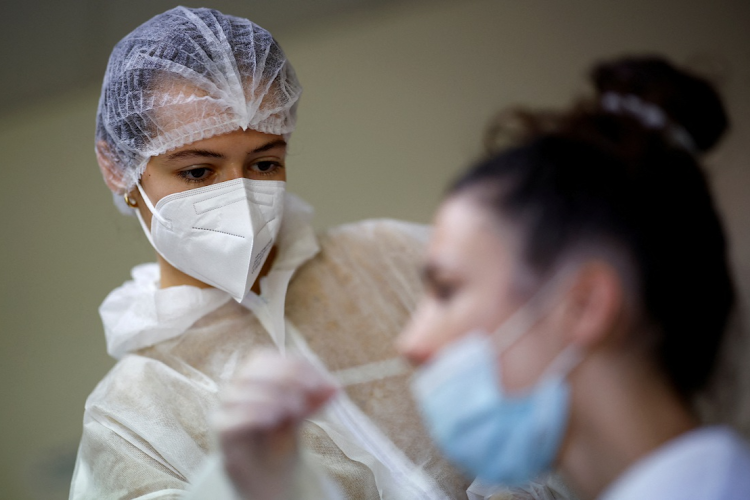 The World Health Organisation (WHO) has warned about super-infectious sub-lineages of the Covid-19 Omicron variant sweeping through Europe.

The organisation’s Europe director, Dr Hans Kluge, said the coronavirus remains “a nasty and potentially deadly illness” which is “highly unpredictable”, and cautioned against underestimating it.

“It’s now abundantly clear we’re in a similar situation to last summer, only this time the ongoing Covid-19 wave is being propelled by sub-lineages of the Omicron variant, notably BA.2 and BA.5, with each dominant sub-lineage of Omicron showing clear transmission advantages over the previously circulating viruses.”

Kluge painted a grim picture of infections on the continent.

“The European region has seen a tripling of new Covid-19 cases over the past six weeks, with close to three—million new cases reported last week and accounting for nearly half of all new cases globally.

“While hospitalisation rates due to Covid-19 have doubled in the same period, intensive care unit admissions have so far remained relatively low. However, as infection rates in older groups continue to rise, Europe is seeing close to 3,000 people die of Covid-19 every week”.

Kluge’s comments came as Kamran Abbasi of the British Medical Journaland Alastair McLellan of the Health Service Journal, said the UK government had failed its people. It noted reports of ambulance services being on the verge of collapse and queuing outside hospitals with patients.

WHAT ABOUT US IN THE SOUTHERN HEMISPHERE?

Kluge said countries south of the equator are battling a “very active flu season” that is putting health services under pressure.

“The southern hemisphere, where it is winter, is experiencing a very active influenza season which, together with Covid-19, is putting a continued strain on health systems.”

In February the WHO noted BA.2 as a variant of concern and said it should continue to be monitored as a distinct sub-lineage of Omicron by public health authorities.

It said at the time it was more infectious than earlier Omicron sub-lineages and, in the time examined, prior infection from Omicron appeared to provide strong protection against reinfection.

A study published in the medical journal The Lancet, comparing BA.2 to infections by its earlier sub-lineage in SA found severity was not very different. It said people with comorbidities remained the most vulnerable, while vaccination remained the most effective protection against the virus.

Professor at the Human Vaccine Institute at Duke University Medical Centre in the US, David Montefiori, told NBC News BA.5 appears to evade protection from vaccines and previous infections more easily than variants before it. This was also noted in an article by Yale Medicine.

According to the Zoe Covid-19 Symptom Study, the most common symptoms in areas where BA.2 and BA.5 are prevalent are a runny nose, sore throat, headache, persistent cough and fatigue.

How has the Covid-19 pandemic affected other vaccination efforts?

WHO director-general Dr Tedros Adhanom Ghebreyesus said efforts to tackle Covid-19 should go hand-in-hand with vaccinating for other killer diseases.
News
3 weeks ago

With lockdown restrictions lifted can my company force me to wear a mask?

Health minister Joe Phaahla said it is up to business owners if they want to implement regulations, including the wearing of face masks
News
3 weeks ago

Can Covid-19 cause decreased concentration?

According to the World Health Organisation , loss of concentration or “brain fog” is one of the symptoms of “long Covid”.
News
4 weeks ago

Who should still wear a face mask?

This week cabinet warned against complacency around the Covid-19 pandemic in SA.
News
1 month ago

Lockdown restrictions have lifted, so why should I still get a vaccine booster shot?

The cabinet has encouraged vaccinated people to get their booster shots, saying vaccination remains the scientifically proven defence against ...
News
4 weeks ago