POLL | What is the future of Operation Dudula after Lux Dlamini’s departure? 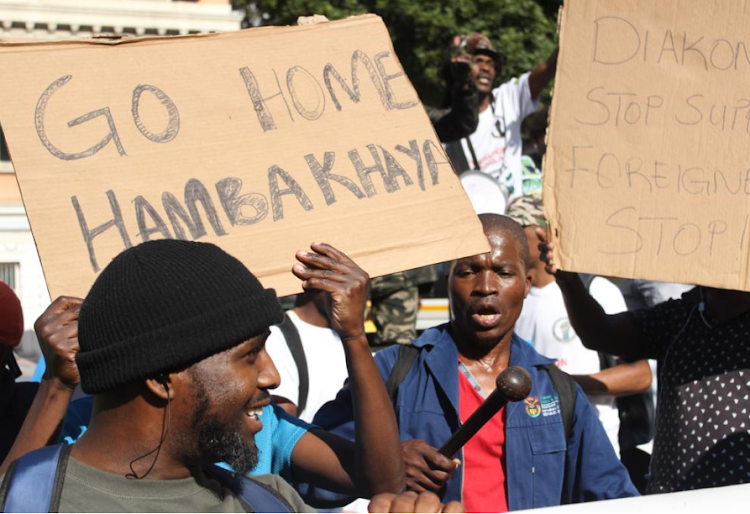 Nhlanhla “Lux” Dlamini's split from Operation Dudula has sparked debate, with some predicting the end of the movement.

The move was announced this week after a difference of opinion on foreigners in SA. Operation Dudula wants all foreigners to leave the country, while Lux's Soweto Parliament only wants illegal foreigners out.

In a joint statement, the organisations said after no agreement could be reached, they parted ways.

“The two organisations have resolved to deal with these issues independently (under different brands), but in a complementary manner.

“Most importantly, based on the workload of these community-based operations and campaigns, the parties have agreed to allow Nhlanhla Lux to focus exclusively on Soweto Parliament and its programmes,” they said.

The announcement drew sharp reaction, with some saying Operation Dudula would lose prominence without the charismatic Dlamini as leader.

Others said the movement was bigger than one man and would push forward with its goals.

The movement and Dlamini have been criticised by many, including EFF leader Julius Malema, One SA Movement activist Mmusi Maimane and ANC Veterans’ League president Snuki Zikalala.

Rev Musa Zondi, chairperson of the DCC, said providing assistance to the needy was a core function of the church.

“We’re not going to stop doing what we’ve been doing. What we and the organisations that are in our premises are doing is the core of the gospel. We would cease to be a church if we listened to the Dudula Movement and did what they are asking us to do,” he said.

Nhlanhla "Lux" Dlamini will now focus on his activities with Soweto Parliament and its programmes.
News
2 weeks ago

How far is SA from total banditry?

Far-fetched? Think again. All around us are the telltale signs that the state is losing the battle to hold the line between social order and ...
Opinion & Analysis
3 weeks ago

The Durban Diakonia Council of Churches (DCC) said it will not comply with Operation Dudula's demand to stop assisting alleged undocumented foreign ...
News
1 month ago