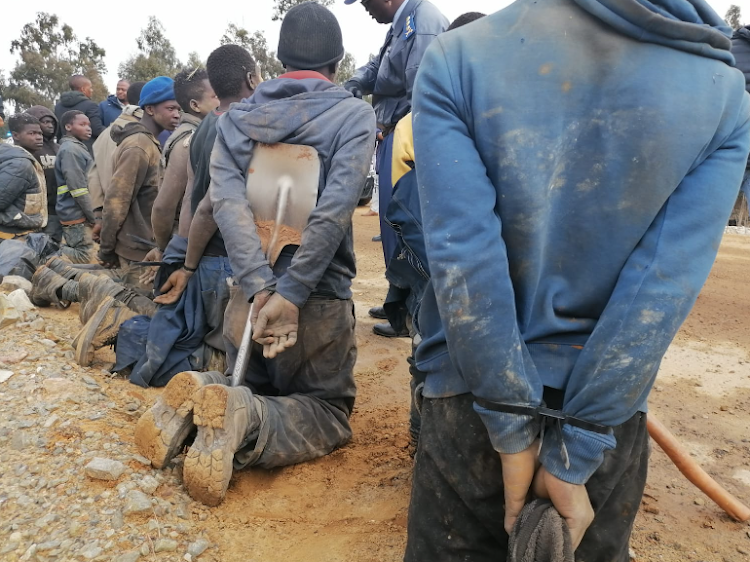 Forty-six people were arrested when police raided eight premises on the West Rand on Tuesday. They are linked to illegal mining activities.
Image: Supplied

One person was shot dead after a confrontation with police.

One dead as police exchange gunfire with zama-zamas in Krugersdorp

Netcare 911 spokesperson Shawn Herbst says a man believed to be an illegal miner was shot dead after he allegedly pointed a gun at police.
News
2 weeks ago

They descended on eight premises in Krugersdorp and Randfontein. 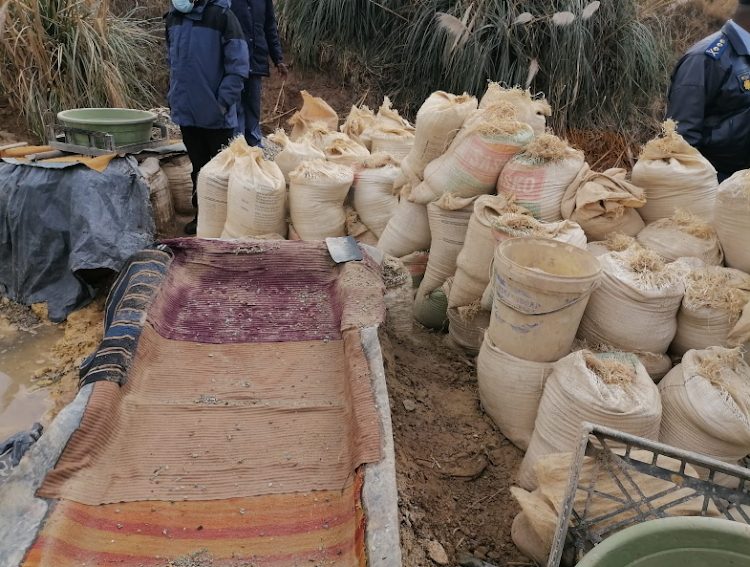 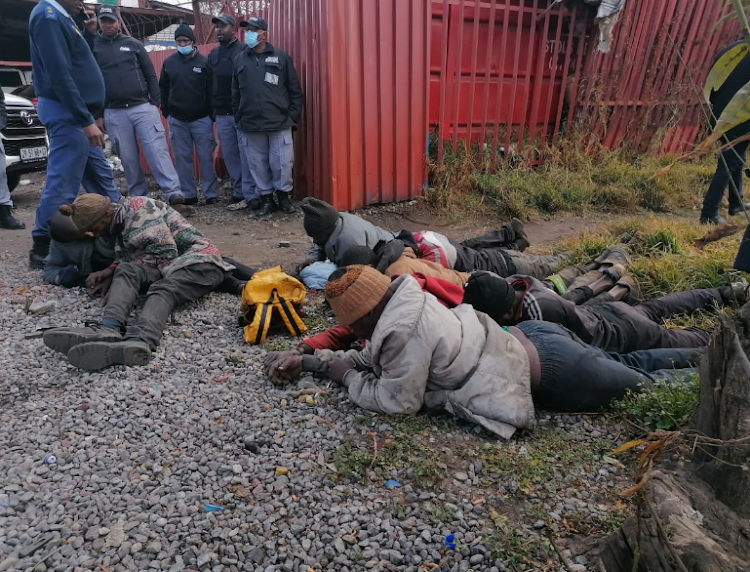 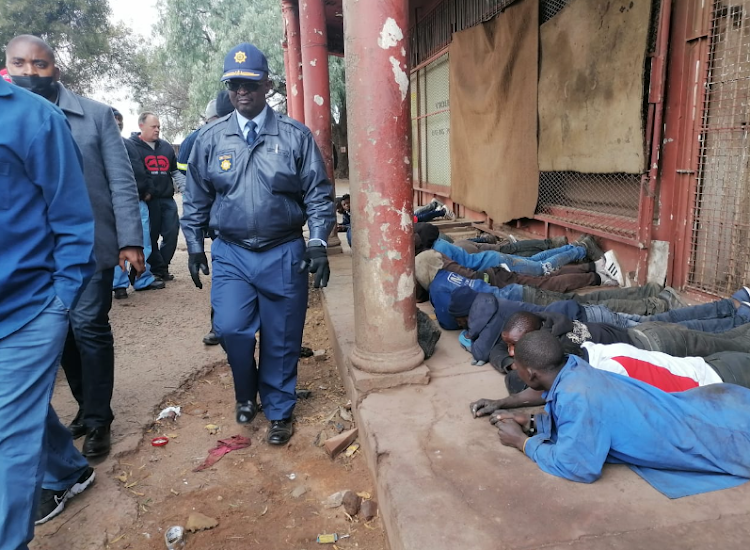 “A total of 46 suspects were arrested and one fatally wounded. The suspects include foreign nationals from neighbouring countries and their status in the country is now a subject of an ongoing investigation,” said Nkwalase.

“Furthermore 700 tonnes of gold-bearing material surpassing R2.5m was found in five of the illegal plants uncovered and 20 cellphones were seized for further investigation.”

The suspects are expected to appear in court soon to face the charges that include contravention of the Precious Metals Act,  the Mining Health and Safety Act, theft, the Mineral and Petroleum Recourses Development Act and possibly the Immigration Act.

Dozens of suspected illegal miners have been arrested in the Krugersdorp area since last Friday.

Police had descended on the area after the rape of eight women at a disused mine in the area. The women were part of a group that had been shooting a music video when they were attacked. Some of the women reported being raped by between eight and 10 men.

Authorities had vowed to act after reports of rampant crime.

IN PICS | Call in soldiers, ActionSA says in Krugersdorp

It is time for the government to bring in the army to deal with the high level of crime in Krugersdorp, says ActionSA caucus leader in Johannesburg, ...
News
2 weeks ago

A woman who last week lost her brother to a stray bullet in a shooting between rival gangs was on Monday among a group gathered outside the ...
News
2 weeks ago

LISTEN | ‘No stone to be left unturned’, say police after gang rapes

Police say they are responding to mass shootings and the Krugersdorp gang rapes of eight women by at least 84 suspects.
News
2 weeks ago

A young woman, whose modelling agency organised for some of the Krugersdorp gang-rape victims to star in the music video, has told how she offered ...
News
2 weeks ago

‘Their only goal was to earn a living’: Support for Krugersdorp rape victims activated

Measures to combat the recent spate of violent crimes in the country are expected to be addressed by national police commissioner Gen Fannie Masemola ...
News
2 weeks ago