'Mkhatshwa failed to prove he won't undermine function of justice' 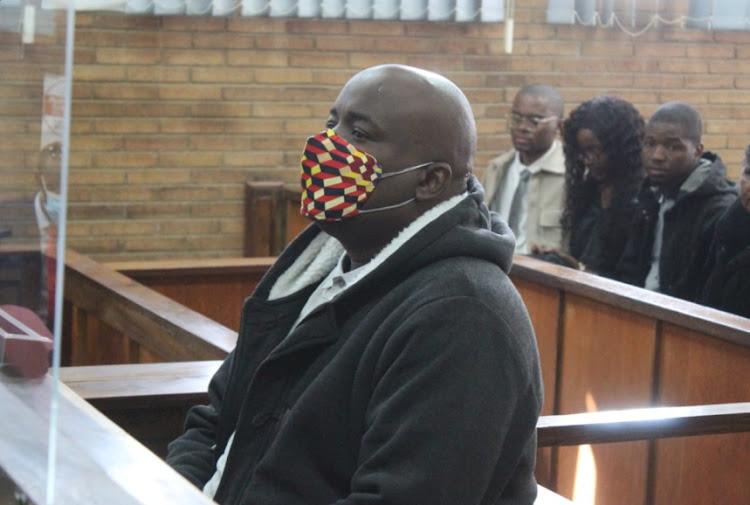 Sipho Mkhatshwa, one of the men accused of killing Hillary Gardee, has been denied bail
Image: Mandla Khoza

Sipho Mkhatshwa, one of the men accused of killing Hillary Gardee, has been denied bail.

Delivering his ruling on Mkhatshwa’s bail application in the Nelspruit magistrate’s court on Wednesday, magistrate Eddie Hall said Mkhatshwa had failed to give satisfactory reasons why his release would not undermine the function of justice.

“The court is to determine if the release of the accused will not undermine the function of justice and not put the life of witnesses and that of the applicant in danger.

“The state testified that the accused, while in custody, planned to kill a witness. The applicant stated more than once, detailing his torture by the police when the statements were taken, that he was forced [to confess to Gardee’s killing].

“The court therefore could not find grounds to grant the accused bail. Therefore bail is denied,” Hall said.

Inside the state’s contradictory case against Gardee murder accused

Mkhatshwa and his co-accused, Philemon Lukhele and Albert Gama, are charged with the abduction, rape and murder of Gardee, the daughter of former EFF secretary-general Godrich Gardee.

She went missing on April 29 while shopping with her adopted three-year-old daughter. The daughter was later that day dropped off at Umnenke Street at KaMagugu, where they resided.

Gardee’s body, with stab wounds, boot prints and a gunshot wound, was found by timber plantation workers on May 3, about 60km outside Mbombela towards Sabie.

Lukhele and Gama are expected to start their bail application on August 8 in the same court.

They will appear together on August 22 for the drafting of an indictment.

The Pretoria high court has ordered that investigations into the kidnapping and murder of Hillary Gardee be prioritised.
News
2 weeks ago

The bail application of two of the three men accused of killing Hillary Gardee started with some startling revelations on Wednesday in the Mbombela ...
News
2 weeks ago

The state has 'overwhelming evidence' against at least one of the men accused of murdering Hillary Gardee and he should therefore not be granted ...
News
2 weeks ago

The results of a rape kit, cellphone records, blood swabs and ballistic testing of the alleged murder weapon in the Hillary Gardee murder trial are ...
News
2 weeks ago