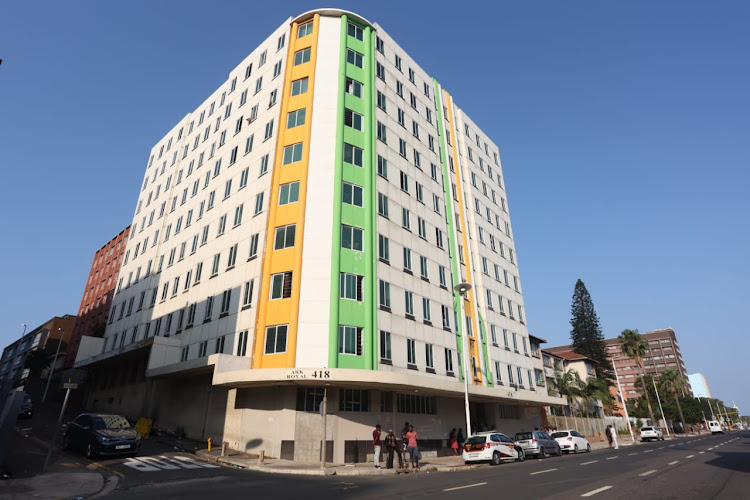 A Mangosuthu University of Technology student sent a message for help on WhatsApp minutes after her roommate’s alleged killer fled their flat in the Mahatma Gandhi precinct in Durban.

Engineering student Xolile Mbatha died after she was stabbed in her Ark Royal residence bathroom in Durban on Sunday morning.

A fellow student who was among the first to arrive on the scene said he was alerted to the incident by a message from Mbatha’s roommate that she had been stabbed.

Mbatha’s alleged killer, a student, had told the roommate not to get involved before taking Mbatha into the bathroom.

“As soon as he (the suspect) left she got the chance to send texts to some of us and went out to wake us up in our rooms because it was still early in the morning,” the student said.

He confirmed Mbatha’s roommate had received counselling after the attack as she was traumatised. MUT also hosted a prayer session after the incident.

The student said Mbatha’s alleged attacker gained access to the building because a service provider allegedly “neglected” to lock one gate that didn’t require fingerprint entry.

Another group of students from the same residence who spoke to TimesLIVE said they also received the WhatsApp message from Mbatha’s roommate on Sunday.

“Her roommate wrote on the WhatsApp group and asked for help, but we were scared to go to her room and look at the body. She is very traumatised, she couldn’t even explain what had happened properly at the time because she was crying,” they said.

Gwala said on Wednesday the man was still on the run.

Four years ago, a 21-year-old student at the university, Zolile Khumalo, was shot dead by her ex-boyfriend, Thabani Mzalo, at the Lonsdale student residence in the Durban CBD. He was sentenced to life in 2020.

What did they do to suffer brutal deaths, families ask after two KZN matric pupils die in axe attack

What did two Ginyane High School matric pupils do to deserve such brutal deaths? This is the question plaguing family members and friends of Nqobile ...
News
2 weeks ago

Speaking at the opening of Women's Month, the minister described the attacks as "despicable" and called for justice.
News
2 weeks ago