Eugene Linda Shabalala had been sending his family videos of the Thembisa protests up until moments before he died.

When his messages stopped suddenly, his sister Thembi Letsolo knew something was wrong. She later found out that he had been shot and killed, making him one of the four people who died in protests on Monday.

Thembi Letsolo spoke to TimesLIVE Video and The Sowetan about the ordeal of trying to confirm Shabalala’s death and retrieve his body.

The family alleges he was gunned down when an officer leant against a boundary wall and shot him outside a house on George Nyanga Drive opposite the Rabasotho Customer Care Centre, which was looted and partly burnt. Cars were also torched there.

Shabalala died at the scene. His family want to know why he was killed.

“He sent us a video at around 9.11am, showing us what was happening outside their yard. The videos showed people protesting and burning the community customer centre,” Letsolo said.

“At 9.45am I received a call from his girlfriend, who told me that he had been gunned down by a police officer and that he was lying dead on the ground. I lost my mind.

“Police told us that there was a protest and that we couldn’t enter Thembisa because every entrance was blocked. They said even if we entered Thembisa, they would not allow us to the scene.

“Imagine, from the time he was shot in the morning to five in the afternoon, his body was lying there until they fetched it.

“To us it’s very bad, because in our culture a lifeless body can’t be left lying around for too long and in someone else’s yard. 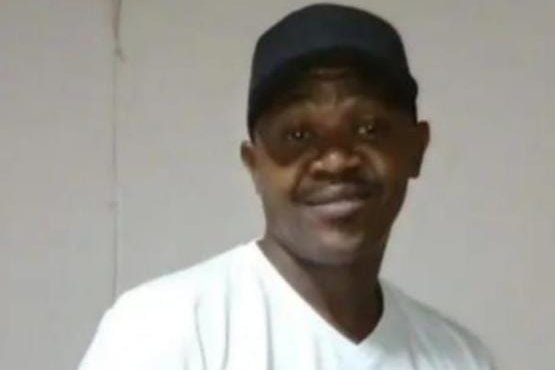 The family of Eugene Linda Shabalala is still coming to terms with his death during the violent protests in Thembisa on Monday. They say he was a bystander caught in the crossfire between members of EMPD and demonstrators.
Image: Supplied

“We need to cleanse that place. To us this was an insult because even if there are protests, casualties need to be attended to.”

The protests flared up over unhappiness in the Thembisa community about high electricity prices and regular outages.

Protesting residents say they want the mayor of Ekurhuleni to meet them to resolve the concerns. The mayor is expected to visit on Friday.

The city of Ekurhuleni says because of the protests in Thembisa over the past few days, burial services in the township have been cancelled
News
5 days ago

If your loved one is killed in a violent way or suffers sudden death, you will have to visit this dilapidated downtown mortuary.
News
6 days ago

EDITORIAL | Human dignity does not expire with death