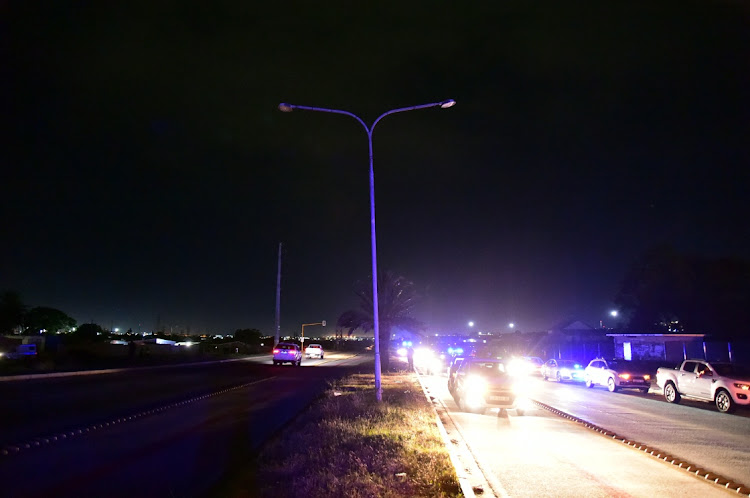 City Power has added 2,000 LED street lights to the streets of Johannesburg.

Michael Sun, MMC for the environment and infrastructure services department, said the energy services company’s project to retrofit all Johannesburg street lights with LED technology was moving at pace.

On Friday he said the city is moving towards energy-saving and environmentally-friendly lights.

“I’m delighted this pilot project is beginning to improve Johannesburg’s energy position and positively impact the lives of our residents.

“The LED units City Power is deploying will on average save five times more energy than the old street light technology being replaced, reducing pressure on our already strained network and conserving energy that will ultimately help prevent outages.”

Sun said more than 2,000 LED street lights were installed at the end of July.

In the coming months, SA will receive the necessary signals to show whether the government and ruling party are truly committed to the strategy for ...
Ideas
4 days ago

According to the government’s Energy Star symbol used to identify energy efficiency on a product, LED (light-emitting diode) lighting emits light up to 90% more efficiently than incandescent bulbs.

They work by passing an electrical current through a microchip which illuminates the tiny light sources called LEDs.

The units have built-in meters that will measure consumption in Eskom-supplied areas.

Sun said this would prevent a reliance on estimations when billing was processed.

With a 10 to 15 year lifespan, the LED units will save City Power significant maintenance hours that can be redirected to upgrading the network and dealing with outages and cable theft

Michael Sun, Gauteng MMC for the environment and infrastructure services

“With a 10 to 15 year lifespan, the LED units will save City Power significant maintenance hours that can be redirected to upgrading the network and dealing with outages and cable theft.

“However, the energy, funds and working hours that will be saved through the project will only be beneficial if communities help ensure vandals and cable thieves stay far away from the new LED units.”

Theft and vandalism of street lights and other City Power infrastructure remains rife in spite of efforts by City Power, the Joburg metro police department and SAPS. Joburg residents are encouraged to promptly report damaged electrical infrastructure or suspicious behaviour in their communities.

Sun emphasised the city needed evidence to open cases against cable thieves. He said the entity needed help from the community with information on cable theft to ensure jail time for stealing and destroying infrastructure.

A cable thief was sentenced to 12 years in prison last month for stealing City Power cabling in Honeydew in September last year.

“The conviction was only possible through community involvement after residents reported the incident to City Power.”

Transnet Freight Rail and Botswana Railways have agreed to join forces to fix 126km of rail line between Swartruggens and Mahikeng in the North West.
News
3 days ago

Residents of Thembisa in Ekurhuleni have gathered at the Mehlareng Stadium after this week's violent protest.
News
3 days ago

'We experience load-shedding like the rest of SA': 5 takes from Pule Mabe's 'Podcast and Chill' interview

ANC spokesperson Pule Mabe is at the centre of conversations online after his interview on Podcast and Chill this week.
TshisaLIVE
3 days ago

The IFP in KwaZulu-Natal has given the eThekwini municipality  and the provincial government a month to respond to their calls for them to refurbish ...
Politics
3 days ago

It was the light bulb moment South Africans have been waiting for, and it came from Cape Town mayor Geordin Hill-Lewis.
News
1 week ago