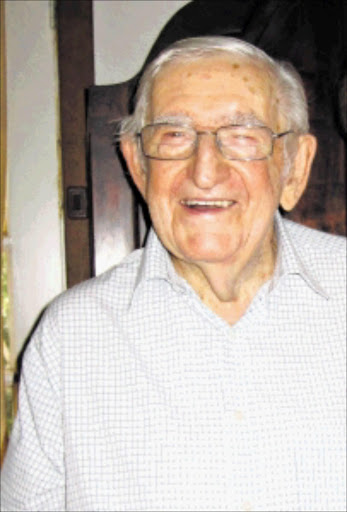 Erns Jansen, who has died in Pretoria at the age of 92, was an Appeal Court judge for 20 years.

During his time many judges of the Appellate Division were appointed for political reasons rather than for their legal expertise.

But Judge Jansen was not one of them.

The son of Ernest Jansen, minister of native affairs in the National Party government and governor-general of the Union of South Africa, he was born into the Afrikaner aristocracy but never became a Broederbond member and was apolitical.

A judgment he wrote in 1983 in Mandela v Minister of Prisons underlined the point. He upheld the right of prisoners to give written instructions to their legal advisers without needing the approval of the commissioner of prisons.

Judge Jansen wrote that "the right of access to one's legal adviser is a basic and fundamental common-law right which must survive incarceration".

In State v Marwane 1982, a Mr Marwane sought leave to appeal after being convicted in the "independent" homeland of Bophuthatswana under South Africa's Terrorism Act. South African human rights lawyers argued that this act offended against the Bop constitution.

In a highly significant judgment Judge Jansen agreed with them.

He excelled in commercial cases where he was known for his incredibly thorough research. This research was vindicated by the number of minority judgments he wrote which were subsequently, sometimes 14 or 15 years later, upheld or at least influential in shaping modern law, particularly in the area of contracts and their interpretation.

An important instance where his views did not prevail was his espousal, in 1988, of the notion of good faith as a general principle of the law of contract. The recent adoption by the legislature of the Consumer Protection Act is seen as a vindication of this view.

Judge Jansen was one of South Africa's last great scholars of Roman Dutch law and one of the most academic and analytical of the country's judges.

But he was so scholarly, academic and analytical, and saw things from so many different angles, that he found it painfully difficult to come to a conclusion. His judgments were notoriously long in coming.

This became an issue of discontent and embarrassment for his colleagues.

On one occasion a fellow judge rebuked him publicly. On another, an irate Jaap Marais - leader of the ultra rightwing Herstigte Nasionale Party - who had sued a newspaper editor for defamation, got so tired of waiting for Judge Jansen's judgment that he complained about it in Parliament.

Judge Jansen was quiet, urbane, gentle and kind. He treated everyone, from witnesses to junior and senior counsel, with respect, patience and understanding.

He was prodigiously good at languages. He spoke several, including French and Zulu, fluently. He read Latin as easily as his colleagues read English or Afrikaans.

But he was administratively indecisive and very diffident, characteristics his good friend Judge Frans Rumpff ascribed to the influence of a formidable and overbearing mother. Colleagues found it difficult, if not impossible, to hold a conversation with him.

Although he was next in line to succeed Chief Justice Pierre Rabie, these were not the qualities of a good chief justice and he was not considered for the job. The fact that he was blind in one eye and suffered from migraines as a result of a bad car accident when he was 13 may have further disqualified him.

Judge Jansen was born in Pietermaritzburg on June 27 1918.

In spite of his intellectual brilliance he could be absent minded. Once, en route from Pretoria to the coast for the Christmas holidays, he forgot his wife and three young daughters were with him. After filling up at a garage he drove off while they were in the washroom, and only realised his lapse 200km later.

Judge Jansen's wife Rona died in 1989. He is survived by his three daughters.