Two from SA will be honoured 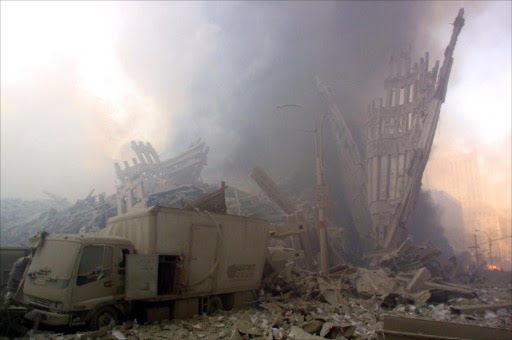 A truck sits in the rubble in lower Manhattan 11 September, 2001, in New York after two planes flew into the World Trade Center twin towers. The terrorist attack caused the collapse of both buildings. Pieces of one of the towers can be seen in the background.
Image: AFP PHOTO Doug KANTER

Two South Africans will be among the almost 3000 victims of the September 11 2001 terrorist attacks remembered during today's commemoration ceremony.

The service, during which the names of the victims will be read out, will also serve as the National 9/11 Memorial's official opening.

The South Africans are Nicholas Charles Alexander Rowe, who was 28 when he died, and Craig Neil Gibson, who was 37.

Rowe was a software engineer who worked for Umevoice, a company that designs voice-recognition software.

The South African consulate said that although Gibson had been "claimed" by the Australian government, as he had moved to Australia before living in the US, he was born in Springs, near Johannesburg, and attended Brakpan High School.

Gibson worked at Marsh & McLennan as a reinsurance broker and was in the impact zone when the first airplane hit.

Gibson had been a keen soccer enthusiast - he played for a Manhattan team called Barnestonworth - and was married to Danielle Gibson, with whom he had emigrated from Australia in December 2000.

The names of the victims are etched in bronze on the memorial's twin reflecting pools.