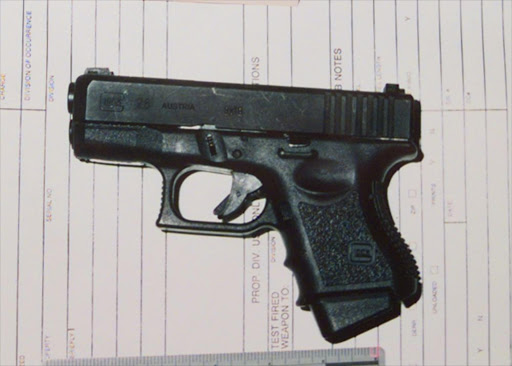 Three people were killed and 123 wounded yesterday when a man hurled a grenade at a bus stop in Liege, Belgium, and sprayed gunfire at a square crowded with Christmas shoppers and children before turning the gun on himself.

It was not clear what his motive was, but officials said there was no indication it was terrorism-related.

Witnesses said the gunman, identified as Nordine Amrani, 33, began his attack near the bus stop at Place Saint Lambert, a shopping area and the site of the Christmas market, sending shoppers scattering in all directions.

Amrani, released from jail about a year ago after being convicted of possessing weapons illegally, ended it by shooting himself in the head with a handgun.

"He had a bag. He got a grenade out of his bag. He threw the grenade at the bus stop. Then he had a Kalashnikov [rifle]. He shot in all directions. Then everyone ran to try to save themselves. Then he got a revolver out and put a bullet in his head," a witness said.

Mayor Willy Demeyer said the two boys had been writing exams nearby just before being caught in the attack.

Justice officials said Amrani had been summoned to appear before police in the morning, an appointment he did not make.

He was convicted in 2008 for the illegal possession of arms and for growing cannabis.

Witnesses said they saw the gunman calmly getting out of a car at a street market on Piazza Dalmazia, north of the city centre, and firing off three shots that instantly killed two vendors and seriously wounded a third.

The white assailant, identified by authorities as 50-year-old Gianluca Casseri, then moved on to the San Lorenzo market in the centre - a popular destination for the thousands of tourists who visit Florence every day - where he wounded two more vendors. Casseri then turned the gun - a Magnum Smith & Wesson revolver - on himself after he was surrounded by police.