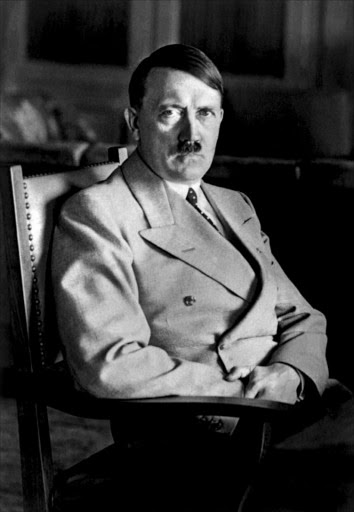 Historians have welcomed news that Adolf Hitler's "Mein Kampf" will be reprinted in Germany for the first time since the Nazi dictator's fall in 1945, just as Holocaust survivors hit out at the move.

British publisher Peter McGee said he would issue excerpts from the anti-Semitic manifesto, which laid out the Fuehrer's vision long before he took power in 1933, alongside commentary putting the work in historical context.

Academics said the time had come for some of the taboos surrounding the book in Germany to fall.

"I think we have a very inhibited approach to this material in Germany. You can read this book around the world -- there is even a Hebrew translation in Israel," journalism professor Horst Poettker, who is providing some of the annotation for the project, told AFP.

"I think we should present it to as broad an audience as possible because it is the best way to learn what the National Socialists were thinking and what was so attractive about this ideology."

However Jewish groups were sharply divided about the prospect, with some saying McGee was playing with fire.

"Holocaust survivors are appalled at the insensitivity and crass commercialism that would motivate the publication of Hitler's hate-filled book in the historic cradle of the Nazi terror regime," said Elan Steinberg of the American Gathering of Holocaust Survivors and their Descendants.

"The mercenary effort to publish this infamous work in Germany is not only a moral offence to the memory of all Nazi victims -- Jew and non-Jew -- but is also an insult to modern-day Germany which has mightily struggled to separate itself from its dark past."

Steinberg called on the state of Bavaria, which holds the rights to all publications from the main Nazi publishing house, to take the legal steps to block the publication.

The Bavarian justice ministry said it was reviewing such measures due to possible copyright violations.

McGee told AFP that "a brochure of 12 to 15 pages" would be published on January 26 with excerpts from "Mein Kampf" printed on one side and commentary from a well-known historian on the opposite page.

"Everyone knows (the book) and sees it as a sort of diabolical Nazi Bible," he said, adding: "But people haven't read it and therefore haven't seen that it is the poor-quality and confused work of a totally twisted mind."

The front of the historical review entitled "Zeitungszeugen" (Periodical Witnesses) in which the excerpts are featured presents a portrait of Hitler, his face cut off above the clipped mustache and set against a turquoise background.

The head of the Central Council of Jews in Germany, Dieter Graumann, grudgingly gave his approval.

"Of course it would be better if it were not published but if it has to be published, it must be accompanied by historians' commentary," he told AFP.

"Mein Kampf" ("My Struggle") is not banned as such in Germany.

But since the end of World War II, Bavaria, which holds the rights until 2015 -- 70 years after the Nazi dictator's death, has not permitted reprints.

The book, written in 1924 when Hitler was languishing in a Bavarian prison, combines elements of autobiography and sets out his views on Aryan racial purity, his hatred of Jews and his opposition to communism.

Around 10 million copies were published in Germany until 1945, according to British historian Ian Kershaw. From 1936, every German couple marrying received a copy as a wedding gift from the Nazi state.

Because the book was so prevalent in German homes, "you would have been criminalising a large part of the population had it been outlawed" after the war, Berlin lawyer Tim Hoesmann explained.

McGee said he intended to put out weekly excerpts with a circulation of around 100,000.

The publisher has been involved in disputed projects in Germany before.

In 2009, he caused a stir when he began selling reprints of the Nazi propaganda newspaper Voelkischer Beobachter (People's Observer) with comments from historians.

Bavaria launched a legal challenge to the series but succeeded only in blocking the sale of editions from after the war's outbreak in 1939.