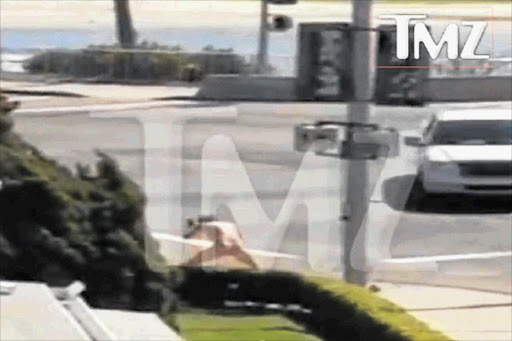 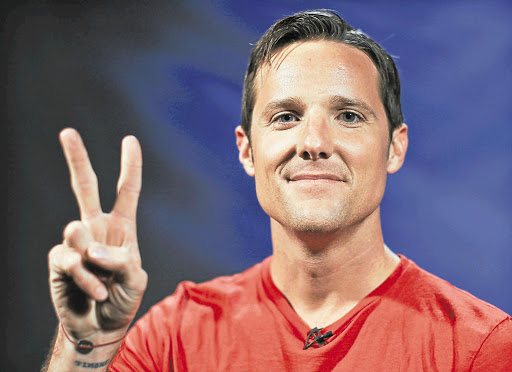 Jason Russell, 33, was also accused of stripping off his clothes and vandalising cars before he was detained in San Diego in the US.

Russell, an evangelical Christian, is a co-founder of the American advocacy group Invisible Children. Their 29-minute film has been watched by more than 100 million people and became the fastest spreading video yet.

The San Diego Police Department said Russell was held close to the Pacific Ocean, wearing only his underwear, on Thursday night. A spokesman said he was possibly under the influence of something, and was acting "very strangely".

Officers received several calls from members of the public about a man undressing and running through traffic while screaming. When they arrived Russell was cooperative.

He was later hospitalised so that his mental state can be assessed to establish if he represents a threat to himself or others.

"The past two weeks have taken a severe emotional toll on all of us, Jason especially, and that toll manifested itself in an unfortunate incident yesterday.

"Jason's passion and his work have done so much to help so many, and we are devastated to see him dealing with this personal health issue. We will always love and support Jason, and we ask that you give his entire family privacy during this difficult time."

According to the group's website Russell, a married father of two, is the co-founder and "our grand storyteller and dreamer".

The video aimed to make Ugandan warlord Joseph Kony, leader of the Lord's Resistance Army, "famous" for his crimes. The LRA has abducted children and forced them to fight, in some cases making them kill their own parents.

Kony is wanted by the International Criminal Court for war crimes and crimes against humanity.

But critics of the video have pointed out that Kony and the LRA are no longer active in Uganda, having fled into the Central African Republic, where they are a much diminished force.

Following the first screening of the film in Uganda further showings were suspended due to negative feedback. The audience did not feel the film accurately portrayed the conflict.