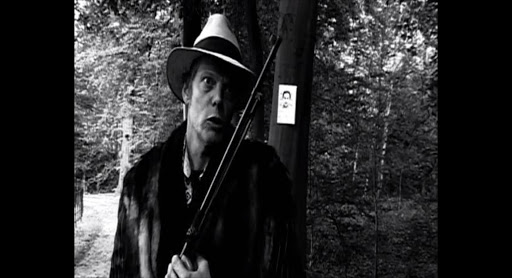 "Evil man of Krabi, we've got to put him in jail," the father sings in English with a wanted poster of the suspect nailed to a tree behind him.
Image: Cees Koldijk/ YouTube

Hotels at Thailand's Krabi beach resort have been hit by a rash of room cancellations after the release of a video airing a Dutch father's outrage over his daughter's assault there.

The "Evil Man from Krabi" video, which first aired on YouTube October 23, showed a man with a rifle singing about the rape of his 19-year-old daughter in Jul, accusing a Thai tour guide of the crime and demanding justice.

The video had received more than 140,000 hits on the website by Friday and has started to hurt the tourism industry in Krabi, 650 kilometres south of Bangkok.

"We've been getting a lot of cancellations recently, especially at high-end hotels," Krabi Tourism Association president Ittirit Kinglek said. "Most of the cancellations are coming from English tourists."

A suspect was arrested and initially confessed to the assault, news reports said, citing police. Later, he retracted the confession and was freed on bail, the reports said.

His freedom sparked the father's video.

"They let him free, so he can do it again and again," he sings, adding, "Don't you feel the pain you put inside my child."