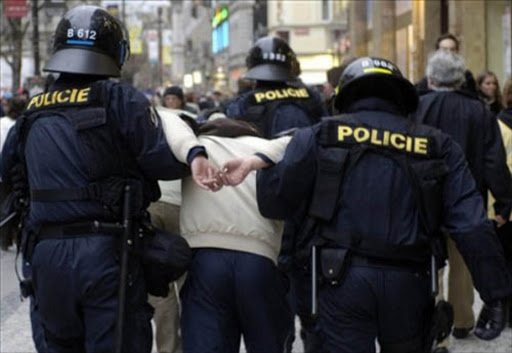 Czech police found a million litres of illegal alcohol hidden in underground tanks in one of the biggest seizures of untaxed booze ever.

Police have been chasing a widespread web of untaxed alcohol makers and distributors since a batch that included poisonous methyl alcohol killed 45 people and forced the government to ban all liquor sales for several weeks in September last year.

A spokesman said officers found the illicit booze at several unused industrial sites around the steel-making and mining centre of Ostrava, in the eastern Czech Republic near Polish and Slovak borders, and at a site near the northern German border.

"Under the floors, in some places under a two-metre layer of cement and rubble, tanks with illegal ethanol were found," the police said in a statement.

Tax evasion from the sale of the booze would amount to about 12 million euros ($15.45 million), the police said.

The Czech Republic is one of Europe's heaviest drinking countries, and the world's leader in per-capita beer consumption of around 140 litres per year. Hard alcohol made from flavoured ethanol is widely available in bars, stores and market kiosks, and popular especially among poorer Czechs.

Industry experts have estimated illegal liquor make up 15-25 percent of the market.

Police said they have not charged anyone in relation with the case yet. Last year, dozens of people were charged when police traced poisonous illicit alcohol to producers.