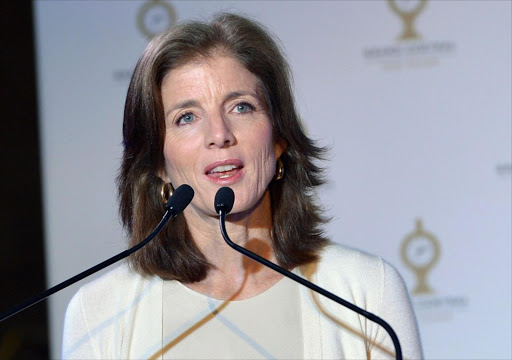 Japan has welcomed the nomination of former US first daughter Caroline Kennedy as Washington's new ambassador.

Japanese Chief Cabinet Secretary Yoshihide Suga said Thursday that the nomination reflected the importance the US government attaches to Japan.

The 55-year-old Kennedy is being awarded for helping put Obama in the White House, where her father President John F. Kennedy served until his assassination 50 years ago.

If confirmed as ambassador to Japan, she would be the first woman in the post, replacing John Roos, a wealthy former Silicon Valley lawyer and top Obama campaign fundraiser.

Japan is one of the United States' most important trading and military partners. Renowned American political leaders have in the past served as envoy.