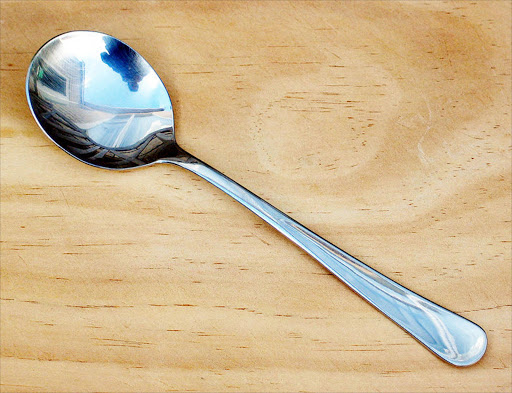 As Britain puts airport staff on alert to spot potential victims of forced marriage, one campaigning group says the trick of putting a spoon in their underwear has saved some youngsters from a forced union in their South Asian ancestral homelands.

The concealed spoon sets off the metal detector at the airport in Britain and the teenagers can be taken away from their parents to be searched --a last chance to escape a largely hidden practice wrecking the lives of unknown thousands of British youths.

The British school summer holidays, now well under way, mark a peak in reports of young people -- typically girls aged 15 and 16 -- being taken abroad on "holiday", for a marriage without consent, the government says.

The spoon trick is the brainchild of the Karma Nirvana charity, which supports victims and survivors of forced marriage and honour-based abuse.

Based in Derby, central England, it fields 6,500 calls per year from around Britain but has almost reached that point so far in 2013 as awareness of the issue grows.

When petrified youngsters ring, "if they don't know exactly when it may happen or if it's going to happen, we advise them to put a spoon in their underwear," said Natasha Rattu, Karma Nirvana's operations manager.

"When they go though security, it will highlight this object in a private area and, if 16 or over, they will be taken to a safe space where they have that one last opportunity to disclose they're being forced to marry," she told AFP.

"We've had people ring and that it's helped them and got them out of a dangerous situation. It's an incredibly difficult thing to do with your family around you -- but they won't be aware you have done it. It's a safe way."

The charity is working with airports -- so far London Heathrow, Liverpool and Glasgow, with Birmingham to come -- to spot potential signs, such as one-way tickets, the time of year, age of the person and whether they look uncomfortable.

"These are quite general points, but there are things that if you look collectively lead you to believe something more sinister is going on," said Rattu.

People who come forward can be escorted out of a secure airport exit to help outside.

Marriages without consent, or their refusal, have led to suicides and so-called honour killings, shocking a nation widely deemed to have successfully absorbed immigrant communities and customs.

Officials fear the number of victims coming forward is just the tip of the iceberg, with few community leaders prepared to speak out and risk losing their support base.

One woman, whose identity was protected by Essex Police in southeast England, was forced to get married in India.

She said she was threatened by her father "because he said if I thought about running away he would find me and kill me".

"I was shipped off with a total stranger.

"That night I was raped by my husband and this abuse continued for about eight and half years of my life."

Last year, the Foreign Office's Forced Marriage Unit dealt with some 1,500 cases -- 18 percent of them men.

A third of cases involved children aged under 17. The oldest victim was aged 71; the youngest just two.

The cases related to 60 countries: almost half were linked to Pakistan, 11 percent to Bangladesh, eight percent to India, and two percent to Afghanistan. Other countries were Somalia, Turkey and Iraq.

Calls to Karma Nirvana tend to spike before the British school summer holidays and again at the end, said Rattu.

"The holidays are a really good time for young people to go missing because there is nobody accounting for where they are at school," she said.

Since Ramadan ended last week, calls have risen again, including one from an 18-year-old who has fallen pregnant and her family is trying force her into marriage to conceal it.

Burdened by South Asian codes of "izzat", or family honour, youngsters can be under extreme physical and emotional duress to marry relatives in a culture and country they were not brought up in.

If they refuse, they are often threatened with being thrown out of the family -- or worse.

"It really takes a brave person to stand up against their family," said Rattu.