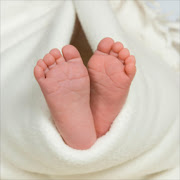 A court in north-western China's Shaanxi province on Tuesday gave a suspended death sentence to a former hospital doctor convicted of selling seven babies to traffickers.

Zhang Shuxia, an obstetrician at a maternity hospital in Fuping county, persuaded parents to hand over six babies by falsely telling them that the newborn children suffered from congenital health problems, the court said.

A seventh baby died after being voluntarily abandoned by its parents and sold by Zhang for 1,000 yuan in April. The other six infants were returned to their parents following a police investigation, the court said.

Another court in Weinan last week tried four officials, including the head of the hospital, for "serious dereliction of duty" that allowed Zhang to sell the infants.

Despite a series of police crackdowns in recent years, child trafficking remains a problem in China.

A traditional preference for male heirs and a state-enforced family planning policy have fuelled the trade in boys in particular.

Suspended death sentences in China are normally commuted to sentences of up to 25 years or life in prison, subject to good behaviour in prison.