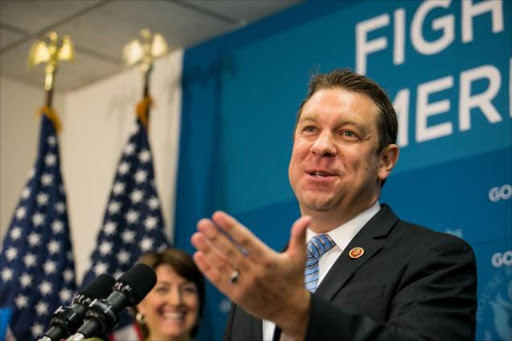 Trey Radel, the US congressman who pleaded guilty to cocaine possession last year, is resigning on Monday, his office said.

The first-term Republican representing southern Florida was to announce his resignation in a letter to House Speaker John Boehner, a Radel spokesman told AFP.

Radel, 37, was arrested in October after he was caught purchasing 3.5 grams of cocaine from an undercover police officer outside a Washington restaurant.

He faced a maximum penalty of 180 days in jail, but instead was sentenced to one year of supervisory probation.

Radel spent nearly a month at a rehabilitation facility. After his leave of absence he had said he aimed to continuing serving in the House of Representatives.

Radel, a former radio talk show host and newspaper owner, came under pressure from fellow Republicans, including Florida Governor Rick Scott, to step down, but for a few months he stood firm.

"Sometimes in life you need a wakeup call. This is my wakeup call," he said in November before undergoing rehabilitation.

Radel's term ends in January 2015, and he would have stood for re-election this November.

His departure triggers a scramble for the open seat, with speculation that Radel's predecessor, Connie Mack, who held the position before an unsuccessful run for the US Senate, might seek to reclaim the seat.