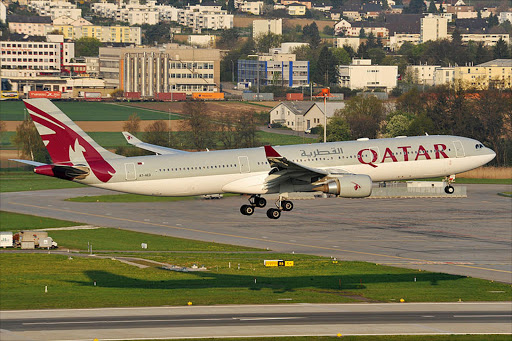 Qatar Airways and Emirates Airline have defended their policies on pregnancy and marriage for cabin crew after the Qatar carrier came under fire over its working conditions.

The International Transport Workers' Federation (ITF) is running a campaign against Qatar Airways over its monitoring of staff and rules preventing women from becoming pregnant and getting married.

It has called on women across the globe to speak out against the airline on Saturday, International Women's Day.

"The treatment of workers at Qatar Airways goes further than cultural differences. They are the worst for women's rights among airlines," Gabriel Mocho, civil aviation secretary at the international grouping of transport unions, told Reuters.

A Swedish newspaper last year published a report entitled "The truth about the luxury of Qatar Airways", which described restrictions imposed on cabin crew.

At the ITB travel fair in Berlin, Qatar Airways Chief Executive Akbar al Baker reacted furiously to questions about the article and said people were attacking Qatar because it had won the right to host the 2022 soccer World Cup.

Qatar has been criticised for its treatment of migrant workers helping build facilities for the World Cup.

"All this was a big sensational (effort) to target my country because of 2022, saying people have no human rights. It is not true," he told reporters.

Qatar Airways contracts forbid any member of the cabin crew, the vast majority of whom are female, from marrying during the first five years of their employment with the firm.

"You know they have come there to do a job and we make sure that they are doing a job, that they give us a good return on our investment," Al Baker said.

He said because local regulations prevented pregnant cabin crew from flying and the company did not have many ground jobs available for them, pregnant women must often leave.

"We are not in the business where we can guarantee ground jobs or let people stay away ... and don't do anything for the airline," he said.

Cabin crew across the world may not work on board airplanes once pregnant due to health concerns, although some countries allow them to work for up to three months into the pregnancy.

Most airlines then find them work on the ground or put them on maternity leave. In Europe, pregnant women are protected from being fired or made redundant.

Emirates said it has a policy whereby female cabin crew that become pregnant in the first three years have to leave.

"If you are hired by Emirates as a cabin crew, during the first three years we expect from you to fly," Chief Commercial Officer Thierry Antinori said.

Cabin crew who have been employed for more than three years have the option of taking paid maternity leave.

"Last year, we had 129,000 applications for cabin crew at Emirates. I do not think these are conditions that are making people reluctant to work for us," he said.

Al Baker said Qatar Airways was recruiting 250 to 300 cabin crew every month and that each open recruitment session saw around 800 and 2,500 candidates.

Back in the 1970s and 1980s, sexism in the industry was a common issue, especially towards cabin crew, but the ITF said such times were long past.

"You can't see that deep level of sexism anywhere now except at these airlines in the Gulf," Mocho said.

International Women's Day has been observed for just over 100 years. According to the United Nations, it is a day when women are recognised for their achievements without regard to nationality, ethnicity, language, economics or politics. (Reporting by Victoria Bryan and Tim Hepher; Additional reporting by Maria Sheahan; Editing by Alison Williams)