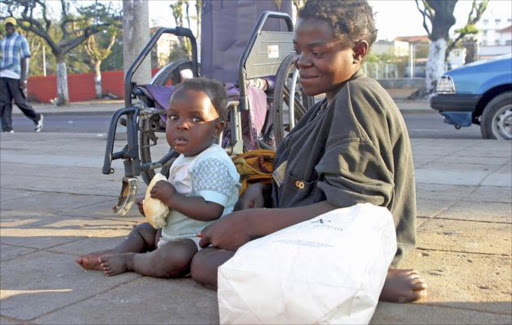 Launched in Pretoria yesterday, the SA Child Gauge 2016 report paints a bleak picture of the lives of the country's children.

It looks at how child support grants have benefited children and at challenges to addressing child poverty.

These include the food poverty line - a measure of the severest form of poverty - which in 2015 was at R415.

The research shows 63% of children live below the upper poverty line, which in 2015 was R965 per person per month.

She said an alarming 1.8 million children eligible for the grants don't receive them, with many new mothers unable to access them because they battle to register their child's birth.

A study commissioned by the Social Development Department, SA Social Security Agency and UN Children's Fund, which was published earlier this year, showed that in 2014 only an estimated 324000 children under the age of one received the grant. Without a birth certificate, child support grants cannot be accessed.

Inequalities in access to services and opportunities still run along racial lines, with 41% of all African children living in the poorest 20% of households.

Delany said while the importance of the grant could not be underestimated, having halved the number of children living below the food poverty line - from 58% of children in 2003 to 30% in 2014 - on its own it could not alleviate poverty.