Pope to cut off the mafia 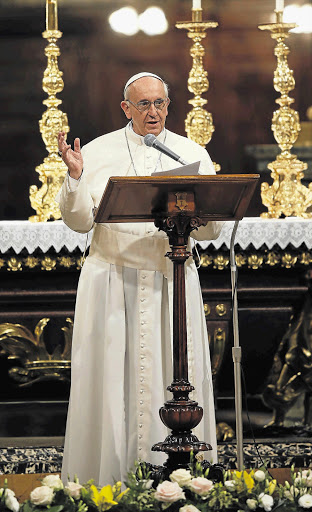 More than 50 prosecutors, bishops and victims of organised crime met at the Vatican last week on the pontiff's instructions to hammer out the church's new policy on "excommunication for corruption and mafia association".

"Our effort is to create a mentality, a culture of justice, that fights corruption and promotes the common good," said Archbishop Silvano Tomasi, Vatican ambassador to the UN.

Mafia crimes will be seen as not worthy of pardon as they represent a habitual criminal way of life. Within mafia clans of Italy and the narcos culture of the Mexican and Colombian cartels, rituals rich with Catholic imagery and references are an integral part of tradition.

Pope Francis has in the past railed against the mafia's "adoration of evil and contempt for common good".

Excommunication, which bans Catholics from participating in the sacraments or communion, is one of the church's most severe penalties.