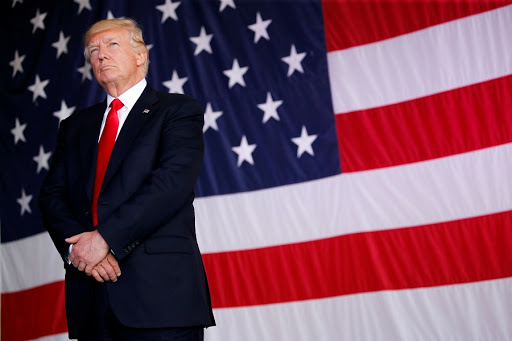 South Africans are among US President Donald Trump’s bigger fans‚ which may seem odd until you realise we also chose Jacob Zuma as our president.

People in 37 countries were asked if they were confident Trump would do the right thing in international matters‚ and 39% of South Africans said yes.

That compares with 5% in Mexico‚ the country Trump wants to isolate from the US with a border wall‚ and 7% in Spain.

Only nine countries have higher opinions of Trump than South Africans expressed in the Pew Research Center survey. They were‚ in order‚ Russia‚ Israel‚ the Philippines‚ Vietnam‚ Nigeria‚ Kenya‚ Tanzania‚ Ghana and India.

Pew compared each country’s opinion of Trump with its most recent opinion of his predecessor‚ Barack Obama‚ and ranked countries according to the numerical gap in their perceptions of the two men.

Sweden topped the table‚ rating Trump at 10% and Obama at 93% — a gap of 83 points. Russia was at the polar opposite‚ rating Trump 42 points ahead of Obama. In South Africa‚ where voters expressed a 73% confidence level in Obama‚ the gap was 39 points.

According to the survey‚ after watching Trump at work for just six months a median of just 22% of respondents have confidence in him‚ compared with 64% for Obama at the end of his presidency. As a country‚ the US’s favourable rating fell in the same period to 49% from 64%.

Pew said the steepest slides in the view of Trump came in European allies such as Sweden‚ Netherlands and Germany‚ and in South Korea. The decline was less pronounced in some majority-Muslim countries such as Turkey‚ Tunisia and Jordan‚ partly because approval for Obama was already low.

Trump was the lowest rated of the world’s major leaders. The survey said a median of 42% had confidence in Germany’s Angela Merkel‚ 28% in China’s Xi Jinping‚ and 27% in Russia’s Vladimir Putin.

“The drop in favourability ratings for the US is widespread‚” Pew said. “The share of the public with a positive view of the US has plummeted in a diverse set of countries from Latin America‚ North America‚ Europe‚ Asia and Africa. Favourability ratings have only increased in Russia and Vietnam.”