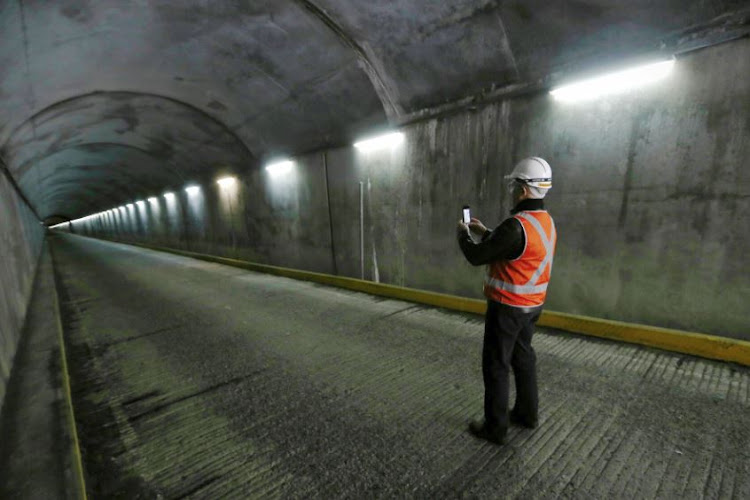 Australian Prime Minister Malcolm Turnbull takes a photo of the tunnel with his phone during a tour of the Snowy Hydro Tumut 2 power station in Cooma, Australia August 28, 2017.
Image: REUTERS/Alex Ellinghausen

Australia faces more blackouts over the coming southern hemisphere summer following the closure of a major coal-fired power station and even as the world's biggest battery is in place, the nation's energy market operator warned on Tuesday.

The report will be key to the federal government's decision on how to set a clean energy target beyond 2020 to encourage investment in stable and affordable power supplies.

Electricity supply is so tight that a lack of wind to fuel renewable generation or the loss of a thermal power plant occurring at the same time there are increases in demand during the peak air-conditioning months could lead to power cuts in the wind-dependent state of South Australia and neighbouring Victoria, the report said.

"The power system does not have the reserves it once had," said Audrey Zibelman, chief executive of the Australian Energy Market Operator.

The outlook, following a string of outages last summer, takes into account power supply from a 129-megawatt-hour battery being set up by Tesla Inc that is due to start up in South Australia by December, and a battery installation in neighbouring Victoria.

There has been a net loss of 1,100 megawatts of capacity in the National Electricity Market, covering the eastern states -- Queensland, New South Wales, Victoria, South Australia and Tasmania -- since last year to 47,016 MW, with the closure of Engie's Hazelwood coal-fired plant partly offset by new wind power.

It expects the risk of power outages to ease from 2018 to 2019 in South Australia and Victoria with the help of more rooftop solar panels and energy efficiency, and the addition of more large-scale wind and solar farms.

However the government is looking to delay that closure.

"The energy minister and I are already in discussions with the owner of Liddell, AGL, about how we can ensure that power station stays in operation for at least another five years after 2022," Prime Minister Malcolm Turnbull told parliament on Tuesday.