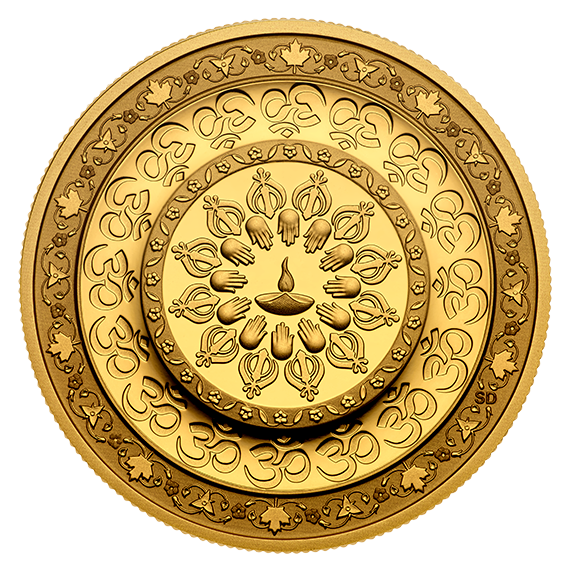 While Hindus around the world exchange trays of sweetmeats and gifts to celebrate Diwali‚ the Festival of Light‚ a gold coin could be one of the gifts.

The coin‚ minted in 2015 by the Royal Canadian Mint‚ was designed by Canadian artist Sarindar Dhaliwal. It celebrates Diwali with patterns of Indian textiles‚ ornaments and mandalas.

A clay lamp at the centre reflects the essence of the festival‚ while symbols from the Hindu‚ Sikh and Jain faiths form a series of rings around it. The outermost ring is inspired by an inlay from the Taj Mahal‚ but consists of Canadian symbols.

Of the 275 coins minted in Canada for distribution worldwide‚ only 62 were made available in South Africa.

Laura Stewart‚ marketing manager of the South African Gold Coin Exchange‚ said that it's an interesting-looking coin that is very unusual.

'No big bangs for Diwali'

The SA Hindu Maha Sabha has remained steadfast on the ban of big bangs and has urged Hindus not to touch thunderous fireworks during Diwali.
News
4 years ago

It doesn’t matter if you’re cruising 30‚000 feet above sea level this Diwali season. Emirates will be observing the annual festival of lights.
News
4 years ago