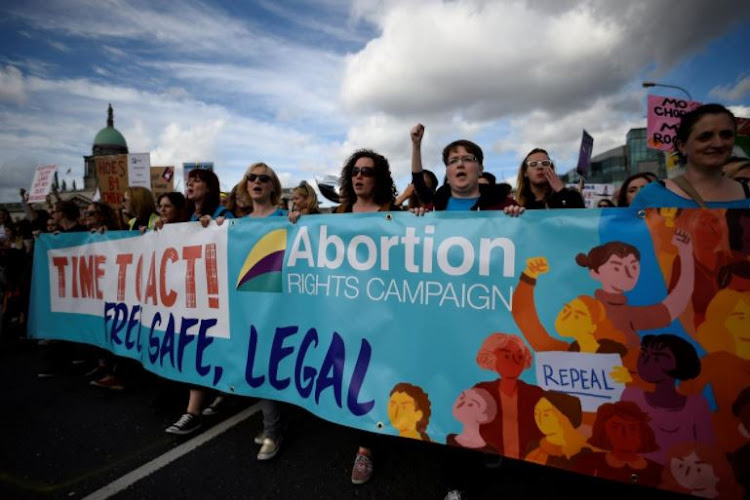 Ireland’s deputy premier has dropped his opposition to a government proposal allowing abortions up to 12 weeks into a pregnancy if a referendum to loosen legal curbs and hand parliament the power to legislate is passed in May.

Abortion has long been a divisive issue in once stridently Catholic Ireland, where a complete ban was lifted only in 2013 when terminations were allowed in cases where the mother’s life was in danger.

Voters are due to decide whether they wish to repeal the section of Ireland’s constitution that was inserted in 1983 and enshrined the equal right to life of the mother and her unborn child, and to instead enable parliament to set the laws.

While not on the ballot paper, the government is drafting legislation in line with the recommendations of an all-party parliamentary committee, which called for terminations with no restrictions to be allowed up to 12 weeks into a pregnancy.

A Ugandan teacher and his South African wife who pled guilty to operating a back-alley abortion clinic have each been sentenced to five years' ...
News
3 years ago

However, with Ireland’s two largest parties allowing members a free vote on the legislation, Prime Minister Leo Varadkar cannot guarantee voters that his minority government will be able to introduce access up to 12 weeks, a measure he supports.

Deputy Prime Minister Simon Coveney said just last month that while he backed the referendum proposal, he could not support the planned legislation, complicating a process that was already set to face a battle in parliament.

Writing in Monday’s Irish Independent newspaper, Coveney said his thinking had shifted on the issue and that he would support the proposal due to be brought before cabinet on Tuesday, provided it is coupled with strict medical guidelines.

“In recent weeks the Health Minister and senior clinicians have worked with me on the safeguards and structures to the proposed law that I hope will enable those unsure to vote Yes,” Coveney wrote.

I'm considering having an abortion. What do I need to know?

Ireland’s parliament is currently finalizing the process to allow the referendum to be held before the end of May.

A Sunday Business Post/Red C poll showed that voters who support repealing the eighth amendment of the constitution had dropped to 56 percent from 60 percent two months ago, while 26 percent said they would not support it and 18 percent either refused to answer or remain undecided.

A slightly lower 52 percent of voters back the government’s legislative proposals, compared to 33 percent against.

The first sign of the race tightening suggested campaigners in favor of overhauling one of the world’s strictest abortion laws have a real fight on their hands to maintain their lead, according to Richard Colwell, chief executive of Red C.