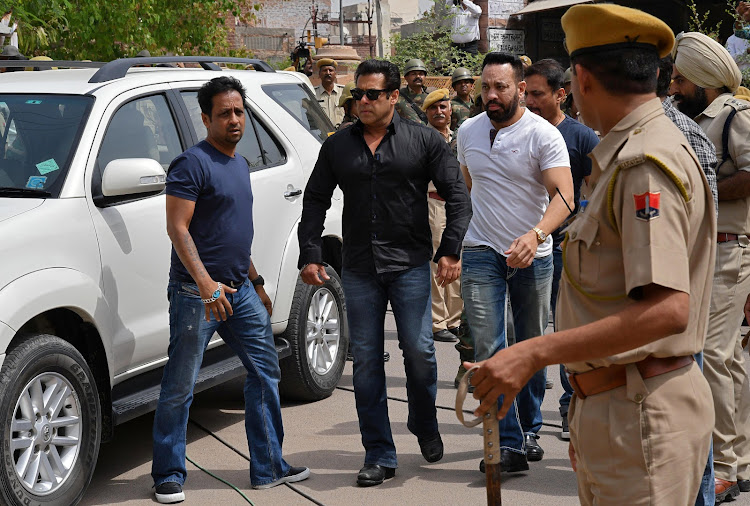 An Indian court jailed Bollywood star Salman Khan for five years for poaching on Thursday, a lawyer said, in a verdict likely to derail the career of one of the country's most popular actors.

Khan, 52, was found guilty of violating the country's wildlife law for killing a blackbuck, an endangered species of antelope, in 1998. Four other Bollywood actors accused in the case were acquitted.

"A warrant has been issued in his name and he will be sent to central jail," prosecution lawyer Mahipal Bishnoi told reporters outside the court in Jodhpur, a city in the western state of Rajasthan.

Khan had pleaded innocent in the case that was brought by members of a community known as the Bishnoi, who revere antelopes.

Khan's lawyer could not be reached for comment and it was not immediately clear if the actor would seek bail.

The Bishnoi community consider killing animals unholy. They have pursued the case against Khan for almost two decades and on Thursday they cheered and clapped the decision, television footage showed.

A Mumbai court has ruled that Indian movie star Salman Khan will be tried for homicide for his alleged involvement in a fatal road accident more ...
TshisaLIVE
8 years ago

Salman Khan may be overjoyed with the blockbuster status of Bodyguard, but the superstar had to skip all the celebrations. TreatmentKhan, who was ...
Lifestyle
10 years ago

Khan has had a history of run-ins with the law.

In 2015, the Bombay High Court overturned his conviction in a hit-and-run case in which he was accused of running over a group of people sleeping on a city sidewalk, killing one and injuring four.

Last year, another court in Jodhpur acquitted Khan in a separate poaching case, ruling that there was no proof that Khan had killed an endangered gazelle.

Khan has made a series of blockbuster hits in the last few years with the latest in December, Tiger Zinda Hai, grossing more 3 billion rupees ($52 million) at the box office.

His next film, Race 3, is an action thriller scheduled for release later in the year. - Reuters