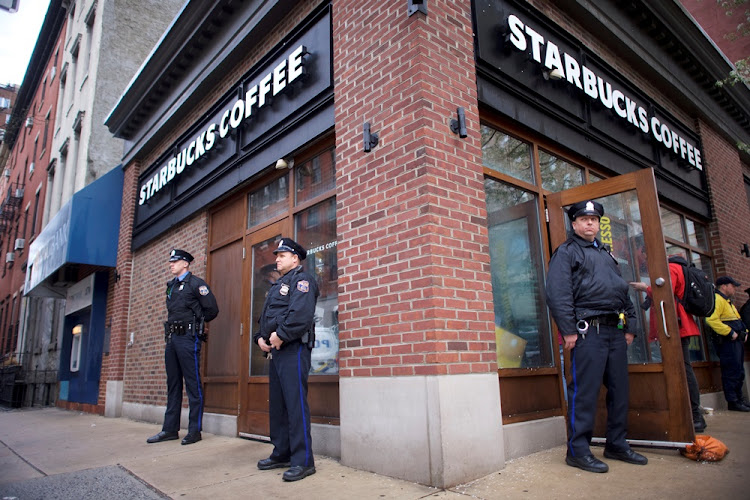 Two black men arrested while waiting at a Philadelphia Starbucks store reached a settlement with the coffee chain and dropped legal claims against the city.

The city agreed to pay each man $1 and committed $200,000 to fund an entrepreneurship program for public school students.

Starbucks Corp on Wednesday announced its financial settlement with Donte Robinson and Rashon Nelson, whose arrests on April 12 sparked protests and calls for a boycott of the chain.

The company did not disclose the value of the settlement but said it would give details in a joint statement.

Robinson and Nelson were arrested after a manager called police to complain that they had not made a purchase and refused to leave. They were released hours later without being charged.

Starbucks plans to close 8,000 stores for a half day of anti-bias training on May 29.

"Starbucks will continue to take actions that stem from this incident to repair and reaffirm our values and vision for the kind of company we want to be," Starbucks Chief Executive Officer Kevin Johnson said in a statement.

Staff at Starbucks in South Africa will‚ along with their colleagues abroad‚ undergo “racial bias training” after a furore over the arrest of two ...
News
3 years ago

Police have launched an investigation after a customer found a hidden camera inside a restroom at an Atlanta Starbucks location.
News
3 years ago

Starbucks to close 8,000 US stores for racial-bias training

Starbucks Corp will close 8,000 company-owned US cafes for the afternoon on May 29 so 175,000 employees can undergo racial tolerance training in ...
News
3 years ago