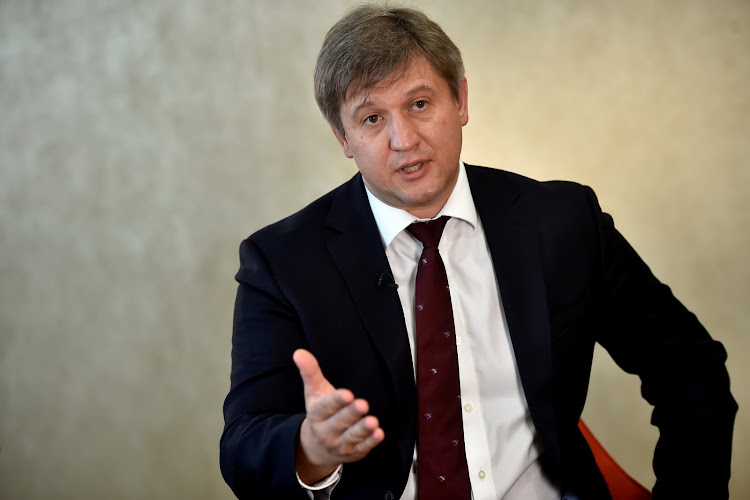 Ukrainian Finance Minister Oleksandr Danylyuk said on Wednesday he had been asked to support "political corruption" or to quit after Prime Minister Volodymyr Groysman formally asked parliament to sack him.

The two men have been at loggerheads since Groysman rejected Danylyuk's candidate for deputy minister in charge of tax policy. Danylyuk then accused Groysman of favouring candidates chosen by the inner circle of President Petro Poroshenko and wrote a letter airing his grievances to the G7 group of nations.

The timing of the spat is awkward for Ukraine, which is trying to persuade its international creditors to release another tranche under its $17.5 billion assistance programme, which has stalled. Ukrainian debt prices fell on Wednesday.

Ukraine's parliament is due to vote on Thursday on the creation of a special anti-corruption court, a key condition for the International Monetary Fund to approve more funding.

Danylyuk said in a statement that he had come under huge pressure to support a spending programme for socio-economic development in Ukraine's regions.

"Translated into human language it is the distribution of money to the projects of ... lawmakers," he wrote. "This - political corruption - is known by people as 'buckwheat'".

"Buckwheat" refers to the practice of bribing voters with food or by other means during an election campaign. Ukraine holds presidential and parliamentary elections in 2019.

Danylyuk, who is Kiev's point man in the international aid negotiations, has previously said he had no plans to resign.

The finance minister has also accused Groysman of blocking his attempts to reform the tax service.

Groysman said Danylyuk's actions may have hurt Ukraine's negotiations with the European Union, from which it is also seeking more economic aid.

"The dissemination of distorted information among our international partners on the eve of important negotiations with the EU could jeopardise their results," Groysman wrote on Facebook.

"In the context of the challenges we have, the issue of changing the head of the Ministry of Finance must be resolved without delay," he added.

With reforms slowing down, Ukraine has not received money from the IMF since April 2017, which it needs to manage a rising sovereign debt burden.