WATCH | #TrumpKimSummit: What you need know 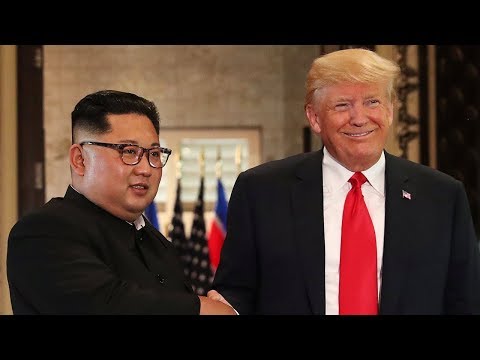 US President Donald Trump and North Korean leader Kim Jong Un pledged on Tuesday to work toward complete denuclearisation of the Korean peninsula while Washington committed to provide security guarantees for its old enemy.

The joint statement signed at the end of their historic summit in Singapore gave few details on how either goal would be achieved but Trump fleshed out some details at a news conference.

“President Trump committed to provide security guarantees to the DPRK and Chairman Kim Jong Un reaffirmed his firm and unwavering commitment to complete denuclearisation of the Korean Peninsula,” said the statement.

DPRK is the Democratic People’s Republic of Korea, the formal name of North Korea.