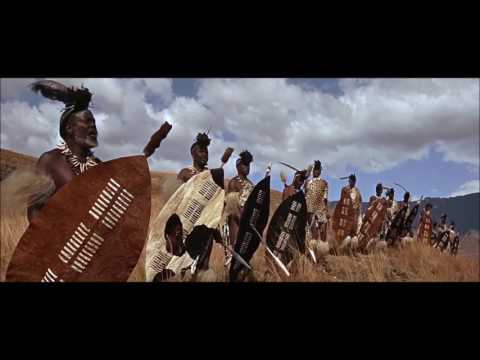 Activists in a British town are trying to halt a charity screening of the 1964 film “Zulu”‚ saying it is racist.

Twenty-eight people in Folkestone‚ Kent‚ have written to the mayor about Saturday's screening of the movie‚ which depicts the Battle of Rorke's Drift in 1879 and stars Michael Caine.

MailOnline reported that the letter said: “We believe that the choice of the film 'Zulu'‚ with its inaccurate portrayal of historical events and its distortions and racist overtones‚ could have a negative effect on relationships within the changing and richly diverse communities here in Folkestone.”

In a statement on its website‚ pop-up cinema company Bigger Boat Pictures said: “We’re delighted to announce a special screening of ‘Zulu’ ahead of Armed Forces Day with proceeds going to SSAFA - The Armed Forces Charity - a winning outcome for all serving members and former members of all ranks of the armed forces and their dependants.”

Organiser Tom Langlands told MailOnline people should watch the film then “make up their own mind whether this is a timeless tale of courage‚ honour and pride or a product of yesteryear that has no currency and should be banned”.

IFP leader Mangosuthu Buthelezi‚ 89‚ appears in “Zulu” playing his maternal great-grandfather‚ King Cetshwayo kaMpande‚ and in an article after he attended the 50th anniversary screening in London in 2014‚ he said the experience was “deeply poignant”.

He wrote: “For several weeks in 1964‚ a unique community was created at the foot of the Drakensberg Mountains. It was a thousands-strong community of actors‚ film crew and extras.

“What made it unique was that‚ at the height of apartheid‚ it was a community of both black and white where everyone was respected and everyone treated one another as equals. There was no fuss about race‚ no discrimination‚ no bigotry. It was simply a community of people working together to recreate a part of history that held tremendous meaning for all of them.”

Buthelezi said the re-creation of the battle for the movie was a “milestone event” for the Zulu nation. “Thousands upon thousands of Zulu men found themselves re-enacting the deeds and glories of their own grandfathers‚” he said.

“It was therefore almost incomprehensible when‚ a year after its release‚ ‘Zulu’ was given a ‘D’ certificate by censors in South Africa‚ effectively barring black South Africans from watching the film. I was grateful that a special arrangement was made to at least screen it for the thousands of extras‚ in places like Mahlabathini‚ Nongoma and Durban‚" he said.

"At those screenings ... the audience was drawn by the pathos of the warriors and soldiers into what was‚ in the end‚ a very human experience.”