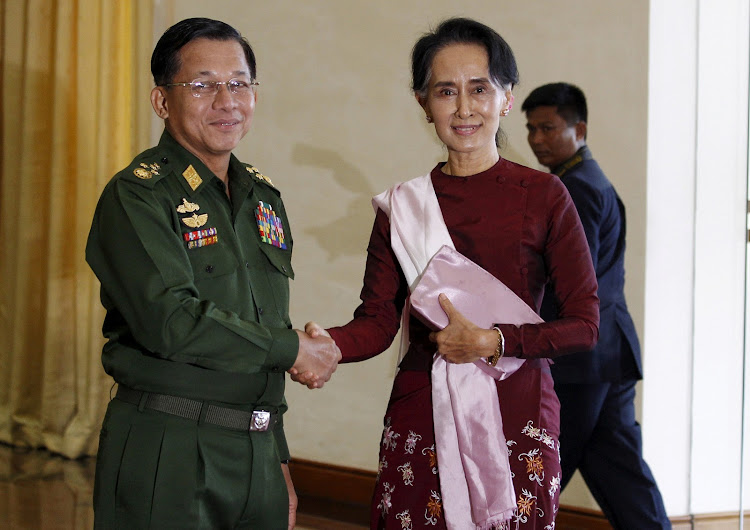 It also said it removed dozens of accounts for engaging in a campaign that "used seemingly independent news and opinion pages to covertly push the messages of the Myanmar military".

Facebook's action means an essential blackout of the military's main channel of public communication, with pages followed by millions of people in a country where the social media giant is virtually synonymous with the internet.

US President Donald Trump criticised social media companies on Friday, saying without evidence that they have silenced "millions of people" in an act ...
News
2 years ago

The move places further pressure on the generals, coming hours after United Nations investigators said the army carried out mass killings and gang rapes of Muslim Rohingya with "genocidal intent". Their report said the commander-in-chief of Myanmar's armed forces and five generals should be prosecuted for orchestrating the gravest crimes under law.

"Specifically, we are banning 20 Burmese individuals and organizations from Facebook — including senior general Min Aung Hlaing, commander-in-chief of the armed forces, and the military's Myawady television network," Facebook said in a blog post.

Facebook scans the photos and links of your private Messenger texts

Facebook scans the links and images that people send each other on Facebook Messenger, and reads chats when they’re flagged to moderators, making ...
Business
3 years ago

It is the first time Facebook has imposed such a ban on a country's military or political leaders, the company later said.

Facebook spokeswoman Clare Wareing said by email that the site took this step "since international experts, including a UN-commissioned report, have found evidence that many of these officials committed serious human rights abuses in the country".

Colonel Zaw Min Tun, an official in the military's public information unit, said he was not aware the pages had been removed. He declined to comment further.

The UN investigators highlighted the role of social media in Myanmar in Monday's report. "Facebook has been a useful instrument for those seeking to spread hate, in a context where for most users Facebook is the Internet," said the report.

Min Aung Hlaing has built a substantial social media profile in Myanmar, with the commander-in-chief's page sometimes updated several times a day. Some of the military's Facebook posts from last year included detailed accounts of clashes with Rohingya militants, often accompanied by pictures.

Last week, Facebook - along with Twitter Inc and Google's Alphabet Inc - removed hundreds of accounts tied to an alleged Iranian propaganda operation. Facebook also said it had removed pages that the US government had previously named as Russian military intelligence services.