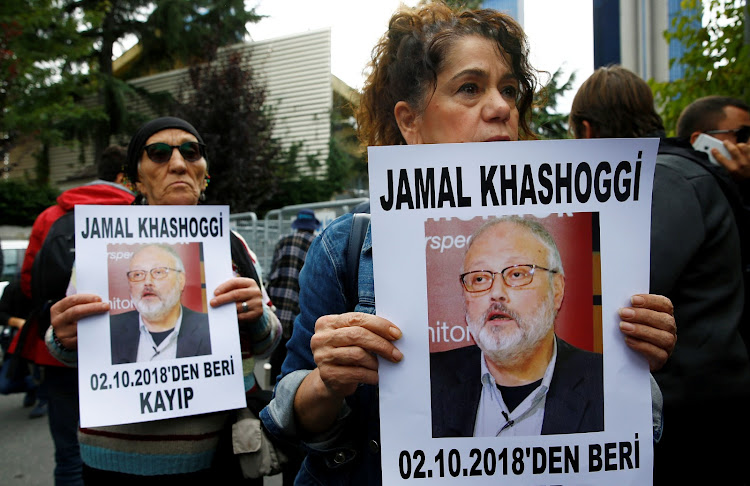 President Tayyip Erdogan said on Tuesday there were strong signs Jamal Khashoggi’s “savage” killing was planned and attempts to blame it on intelligence operatives — Riyadh has suggested it was a rogue operation — “will not satisfy us“.

In a speech to parliament, Erdogan did not mention Crown Prince Mohammed bin Salman, who some US lawmakers suspect ordered the killing.

But he said Turkey would not complete its investigation into Khashoggi’s death until all questions were answered.

“Intelligence and security institutions have evidence showing the murder was planned.... Pinning such a case on some security and intelligence members will not satisfy us or the international community,” he said.

- Jamal Khashoggi was killed at consulate
- 15-person Saudi team came to Turkey
- Some of them had explored local forest
- Hard disk removed from CCTV systemhttps://t.co/JjYq9nJI0l pic.twitter.com/GqA62Rtv32

Erdogan said the whereabouts of Khashoggi’s body were still unknown and he demanded Saudi Arabia reveal the identity of a “local cooperator” who purportedly took the body. Khashoggi, a Washington Post columnist and critic of the crown prince, the kingdom’s de facto ruler, disappeared three weeks ago after entering the Saudi consulate in Istanbul to obtain documents for his upcoming marriage.

Turkish officials suspect Khashoggi was killed and dismembered inside the consulate by Saudi agents. Turkish sources say authorities have an audio recording purportedly documenting the killing of the 59-year-old. Erdogan made no reference to any audio recording in his speech.

Riyadh initially denied knowledge of his fate before saying he was killed in a fight in the consulate.

That version of events was greeted sceptically by several Western governments, straining relations with the world’s biggest oil exporter. Erdogan said three operatives arrived in Istanbul the day before his killing on an apparent reconnaissance mission.The next day 15 people came to the consulate.

“Why did these 15 people meet in Istanbul on the day of the murder? We are seeking answers to this. Who are these people receiving orders from?” Erdogan said.

Following the global outrage prompted by the journalist’s disappearance, US President Donald Trump’s comments have varied from playing down Riyadh’s role to warning of possible economic sanctions.

Trump has also repeatedly highlighted the kingdom’s importance as a US ally and said Prince Mohammed was a strong and passionate leader. For Saudi Arabia’s allies, the question will be whether they believe that Prince Mohammed, who has painted himself as a reformer, has any culpability.

King Salman, 82, has handed the day-to-day running of Saudi Arabia to the 33-year-old prince.