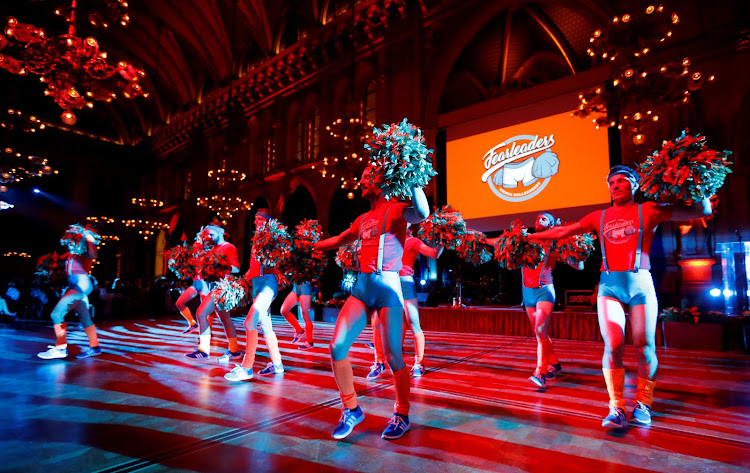 Members of the Fearleaders cheerleading team perform on stage in the city hall of Vienna, Austria, on November 23 2018.
Image: REUTERS/Leonhard Foeger

Vienna's female roller-derby team have a halftime show most spectators won't forget: a cheerleading squad of a different kind.

Armed with blue sweatbands, comically tight shorts and a soundtrack heavy on 80s kitsch, the all-male Fearleaders deliver performances that are camp, acrobatic and crowd-pleasingly funny during the roller-skating competition, but their message is serious. 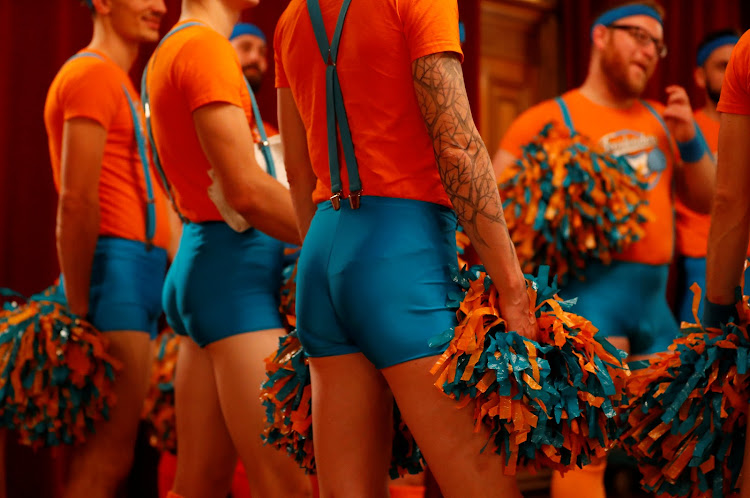 Members of the Fearleaders cheerleading team in their super-tight shorts before a performance in the city hall of Vienna, Austria, on November 23 2018.
Image: REUTERS/Leonhard Foeger

The group's website adds: "Fearleading for us means taking fear away. Especially from men. Fear of not being strong enough, not behaving manly enough, not performing masculine enough. We want to get rid of sexual repression, gender inequality, toxic masculinity, homophobia, transphobia ... and many other fears."

The amateur group was created in 2013 by friends who were mainly students at the time. It has grown to around 29 members, roughly half of whom currently perform.

The Fearleaders also publish a calendar that funds their operations, which include travelling to away matches against other European sides.

Despite their modest means and being tied to a sport with a limited audience, the group are ambitious about broadening their appeal.

"It would be lovely to be invited to the Ellen Show," said Andreas Mayer, a 39-year-old academic, referring to the US talk show hosted by Ellen DeGeneres.

Like many other contestants at the Miss Universe beauty pageant, Angela Ponce grew up watching the glitzy spectacle on television, dreaming of ...
News
2 years ago
Next Article