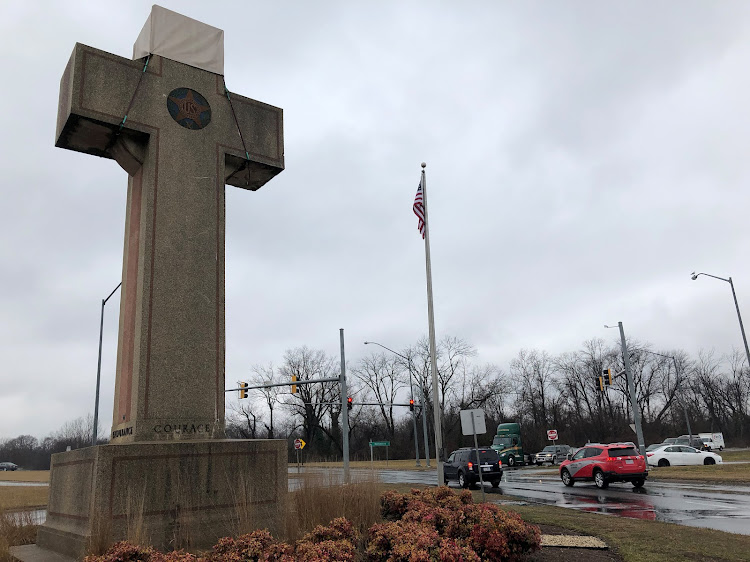 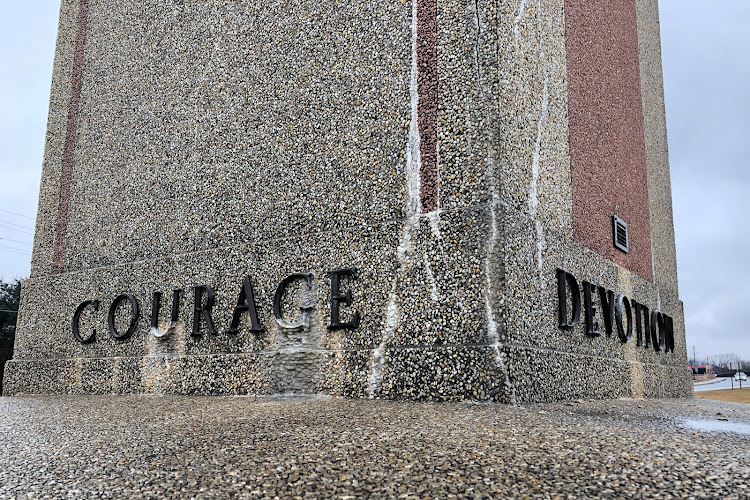 The US Supreme Court will rule on Wednesday if a giant cross that serves as a war memorial is, as secularist critics contend, an unconstitutional state religious endorsement.

The case of the cross has become a rallying cry for religious conservatives and secularist progressives alike, in an intensifying culture war that has been sharpened by President Donald Trump's appointment of two new justices giving the top court a conservative majority.

Judges of the court will have to rule on whether the cross violates the First Amendment of the US Constitution, which states that "Congress shall make no law respecting an establishment of religion or prohibiting free exercise thereof."

While the clause leaves no doubt that the state cannot finance a religious institution, there are several gray areas surrounding it: not least the fact that every dollar bill has "In God We Trust" written on it.

At the heart of the case is a 40-foot (12-meter) tall cross erected in 1925 in Bladensburg, Maryland -- near the nation's capital Washington -- to honor the memory of 49 local soldiers killed in World War I.

Because it is built on public land, the Washington-based American Humanist Association (AHA), a plaintiff in the case, holds that the monument violates the First Amendment's forbidding the state from favoring one religion over another.

"The fight for separation of church and state is far from over," the AHA said on its website, which adds that $100,000 of public funding has been used to maintain the cross.

'Fighting for their country'

The group's director Roy Speckhardt said the "cross honors not all veterans but really only Christian veterans... We want to have a monument that honors all veterans."

That reasoning is false, said Will Trotter -- a former soldier who lives near the monument and says he was inspired by the example of the men cited on it.

"It has no religious connotation at all. The shape of the cross goes back many, many centuries as a symbol of service and sacrifice for warfare... That was just the way things were done a century ago," Trotter said.

One of those honored on the monument is Thomas Fenwick, who died fighting in France at the age of 22.

His niece Mary Ann LaQuay agrees the monument "does not represent a religion."

She told AFP: "It's a very stressful and sad time to think that someone wants to take away a memorial to men who lost their lives fighting for their country. This really hurts."

A lower court rejected the AHA's initial filing, but in December 2016 an appeals court ordered that the cross be either torn down, changed or moved.

"The display aggrandizes the Latin cross in a manner that says to any reasonable observer that the Commission either places Christianity above other faiths, views being American and Christian as one in the same, or both," the judges ruled.

The American Legion, which represents military veterans, and the parks department then appealed to the Supreme Court.

Since then, the administration of President Donald Trump, several members of which openly profess their Christian beliefs, has expressed support for the monument.

A Department of Justice brief to the Supreme Court says that removal or destruction of the 93-year-old memorial "would be viewed by many as the action of a government that is not neutral but hostile on matters of religion".

When the court renders its decision after several weeks, it will have consequences for many other monuments in the United States which carry religious symbols.

The dominance of Christianity, and in particular the Protestant faith, in US life has long made the gray areas more or less moot.

In recent years, however, the growing number of other religions, and of atheists, in the country has led to a rising chorus of protest about Christianity's unchallenged dominance in US cultural life.

That protest has in turn prompted a backlash from the religious right, who have condemned what they term the "war on Christmas" and remain suspicious of a more multicultural approach.

The culture clash has led to numerous appeals to the Supreme Court to demarcate the ever-shifting border between church and state.

"I think the court will keep things unsettled," said Jeffrey Shulman, a law professor at Georgetown University. "I think it will remain a complex and confusing area of the law."

"There is always a battle going on somewhere," he said. "This is just the latest battle in a long and continuing struggle to define religious liberty in America."