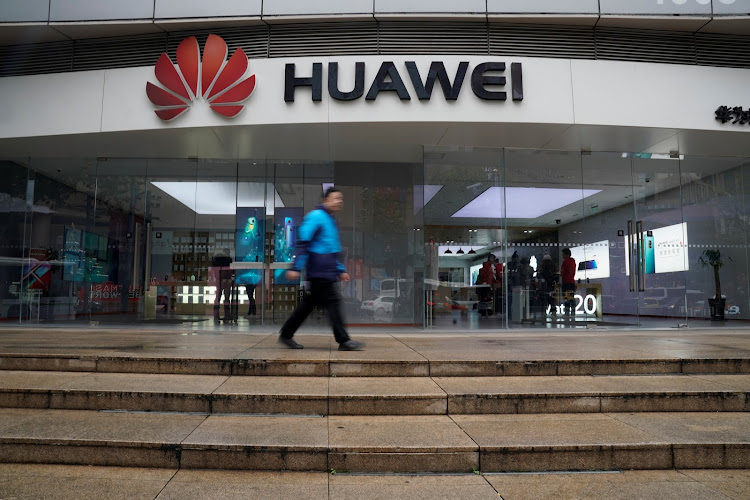 A man walks by a Huawei logo at a shopping mall in Shanghai, China.
Image: REUTERS/Aly Song

Chinese government and its leading smartphone maker Huawei Technologies Ltd on Monday stepped up pressure on U.S. and Canadian governments in a dispute over market access that has ensnared Huawei's CFO, who faces U.S. criminal charges.

China on Monday accused a detained Canadian man of stealing trade secrets passed on to him from another detained Canadian, while the telecom gear maker is also preparing a lawsuit against the U.S. government over a law that restricts its market access.

They were the latest escalation of an unprecedented crisis for Huawei, the world's largest telecommunications equipment maker and no. 2 manufacturer of smartphones, as Washington calls on governments around the world to stop using its gear, particularly in 5G networks.

China accused detained Canadian citizen Michael Kovrig of stealing state secrets which were passed on to him from another detained Canadian, businessman Michael Spavor, in a move likely to increase tension between Ottawa and Beijing.

Huawei Technologies unveiled a folding smartphone on Sunday which it said was primed for next generation 5G mobile connections, even as the United ...
News
3 years ago

“We are obviously very concerned with this position that China has taken," Canadian Prime Minister Justin Trudeau said about the accusations on Monday. "We’ve been engaging and standing up for the two Canadians who have been arbitrarily detained by China from the very beginning."

Lawyers for Meng are suing the Canadian government, its border agency and federal police, alleging their client was detained, searched and interrogated for three hours in violation of her constitutional rights.

Canada arrested Meng in Vancouver on Dec. 1 at the request of the United States, which has charged her with bank and wire fraud to violate American sanctions against Iran by doing business through a subsidiary it tried to hide.

In another escalation of the trans-Pacific dispute, Huawei plans to announce a lawsuit against the United States government on Thursday on grounds related to a defense bill, a source with knowledge of the matter told Reuters.

Huawei will challenge an addition to the U.S. National Defense Authorization Act (NDAA) signed last year, that controlled U.S. government contracts with Chinese companies and strengthened the role of the panel that reviews foreign investment proposals. Beijing has condemned the NDAA act as targeting China.

Trump last year signed the law that limits Huawei and ZTE Corp's access to U.S. government and military contracts. This is part of an all-out U.S. effort on the two companies to close their access to not only the U.S. market, but also major telecoms markets around the world where next-generation, 5G, networks are being designed and built.

U.S. lawmakers earlier this year introduced bills that would ban the sale of U.S. chips or other components to Chinese telecommunications companies that violate U.S. sanctions or export control laws.

U.S. officials have alleged Chinese telecom manufacturers are producing equipment that allows their government to spy on users abroad, including Western researchers working on leading-edge technologies. Beijing and the Chinese companies have repeatedly denied such claims.

Trump is considering declaring a national emergency that would bar U.S. companies from using telecommunications equipment made by Huawei and ZTE, three sources familiar with the situation told Reuters in December.

The Justice Department has also charged Huawei with stealing robotic technology from T-Mobile US Inc.

Hong Kong clamps down on vaping and e-cigarettes.
News
3 years ago

Trump said in February he may or may not include Huawei and ZTE in the trade deal being negotiated with China. Trump told reporters at the White House that U.S. officials are not talking about dropping charges against Huawei.

Huawei CFO Meng, who is out on bail, is due to appear in a Vancouver court on Wednesday, when a date will be set for her extradition hearing. Ottawa rejects Chinese calls to release Meng, saying it cannot interfere with the judiciary.

The Canadian government approved her extradition proceedings on Friday. China, whose relations with Canada have deteriorated badly over the affair, denounced the decision and repeated previous demands for Meng's release.

It could be years before Meng is sent to the United States since Canada's slow-moving justice system allows many decisions to be appealed.

A final decision will likely come down to the federal justice minister, who will face the choice of angering the United States by rejecting the extradition bid, or China by accepting it.