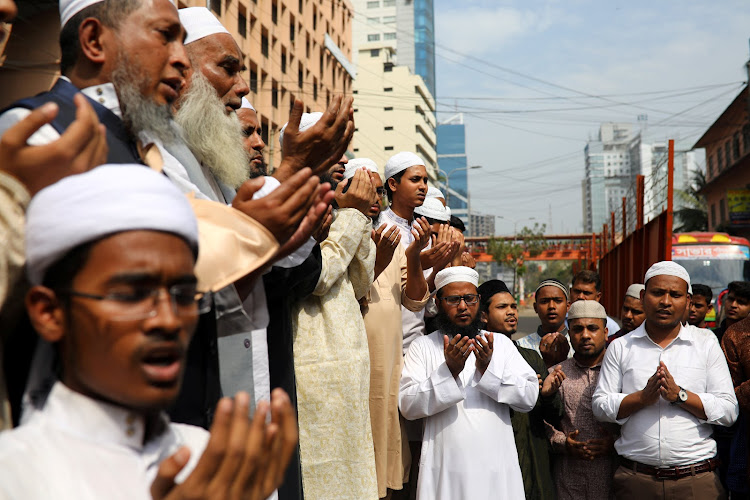 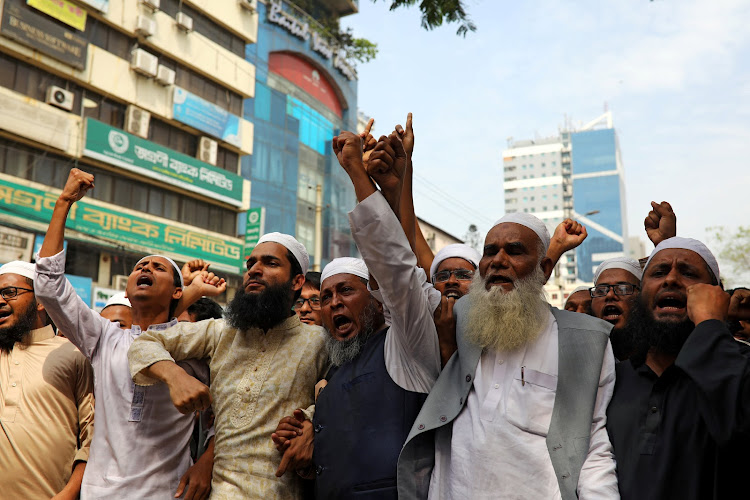 Attacks on two Christchurch mosques left at least 49 dead Friday, with one gunman -- identified as an Australian extremist -- apparently livestreaming the assault that triggered the lockdown of the New Zealand city.

In what appeared to be the worst attack against Muslims in a western country, witnesses spoke of victims being shot at close range, with women and children believed to be among those killed.

"It is clear that this can now only be described as a terrorist attack," said Prime Minister Jacinda Ardern, saying it marked "one of New Zealand's darkest days".

"From what we know, it does appear to have been well planned," she said, adding that in addition to the dead another 20 people were seriously injured.

The gunman at one mosque was an Australian-born citizen, Australian Prime Minister Scott Morrison said in Sydney, describing him as "an extremist, right-wing, violent terrorist".

It was not immediately clear how many attackers were involved, but Ardern said three men had been taken into custody.

A Palestinian man who was in one of the mosques said he saw someone being shot in the head.

"I heard three quick shots, then after about 10 seconds it started again. It must have been an automatic -- no one could pull a trigger that quick," the man, who did not wish to be named, told AFP.

"Then people started running out. Some were covered in blood," he said, adding that he joined the fleeing crowd and managed to escape.

Video and documents circulating online -- but not officially confirmed -- suggested the shooter had streamed his attack on Facebook Live.

AFP has examined the footage, which has subsequently been taken down. Journalists experienced in verification techniques said it appeared to be genuine.

New Zealand police described it as "extremely distressing" and urged web users not to share it.

A manifesto had also been posted online on accounts linked to the same Facebook page, suggesting the attack was racially motivated.

A number of pictures were posted to a social media account of a semi-automatic weapon covered in the names of historical figures, many of whom were involved in the killing of Muslims.

Police, who initially imposed a city-wide lockdown, sent armed officers to a number of scenes.

An ashen-faced Ardern told reporters the attacks had been "an extraordinary and unprecedented act of violence".

"It is clear that this is one of New Zealand's darkest days," she said.

Forty-one of those slain were at the Masjid al Noor in central Christchurch, police said. Seven more were killed at the Linwood Ave mosque, three of them outside the building. It is unclear where the remaining victim died.

The two mosques are about five kilometres apart. It was not clear if the same gunman was involved at both sites.

One witness told stuff.co.nz he was praying when he heard shooting -- and then saw his wife lying dead on the footpath outside when he fled.

Another man said he saw children being shot.

"There were bodies all over," he said.

An eyewitness told Radio New Zealand that he heard shots fired and four people were lying on the ground, with "blood everywhere".

Police warned Muslims all over the country not to visit mosques "anywhere in New Zealand". Friday is Islam's holy day.

The Bangladesh cricket team -- which had been in Christchurch for a test match against New Zealand that was later cancelled -- all escaped without injury.

A spokesman said the attack happened as some of players got off a team bus and were about to enter the mosque.

"They are safe. But they are mentally shocked. We have asked the team to stay confined in the hotel," he told AFP.

Mass shootings are rare in New Zealand, which tightened its gun laws to restrict access to semi-automatic rifles in 1992, two years after a mentally ill man shot dead 13 people in the South Island town of Aramoana.

However, anyone over 16 can apply for a standard firearms licence after doing a safety course, which allows them to purchase and use a shotgun unsupervised.

Christchurch, a relatively small city in the south of New Zealand, hit global headlines in 2011 when it was struck by a deadly earthquake.

Dozens of people died and the city's historic cathedral was toppled in the disaster.