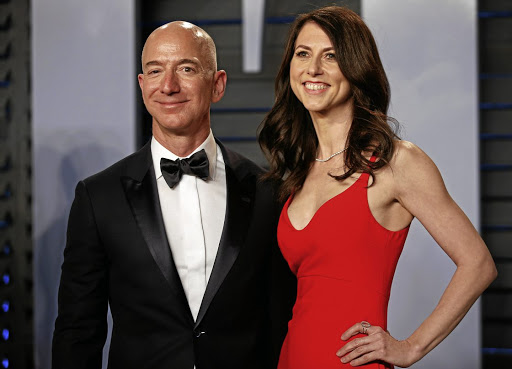 The world's richest man, Amazon founder and CEO Jeff Bezos, and his wife MacKenzie have reportedly reached a divorce settlement that will see MacKenzie walk away with $35.7bn.

And although the two have been playing it super cool, MacKenzie made sure that her very first tweet to the world was confirming that their relationship is done.

The Washington Post reports that their divorce settlement left Jeff Bezos with a 75% share of their Amazon stock as well as voting control of their shares.

According to Amazon's regulatory filing on Thursday, the divorce should be settled within 90 days.

MacKenzie got around 4% of Amazon shares worth almost $36bn, instantly thrusting her to a listing as one of the world's richest women.

On Twitter she said she was grateful to have finished "dissolving my marriage with Jeff with support from each other and everyone who reached out to us in kindness".

The couple did not have a prenup agreement and after rumours that Jeff had been cheating and a later confirmation that the couple would be splitting after having been married for 25 years, a big settlement payday was on the cards.

Jeff, who only follows MacKenzie on Twitter, also put out a statement, saying he was looking forward to a new relationship with his wife.

Jeff and MacKenzie Bezos most charitable donors in 2018

Jeff and MacKenzie Bezos top the list of 50 most charitable donors in 2018.
News
2 years ago
Next Article