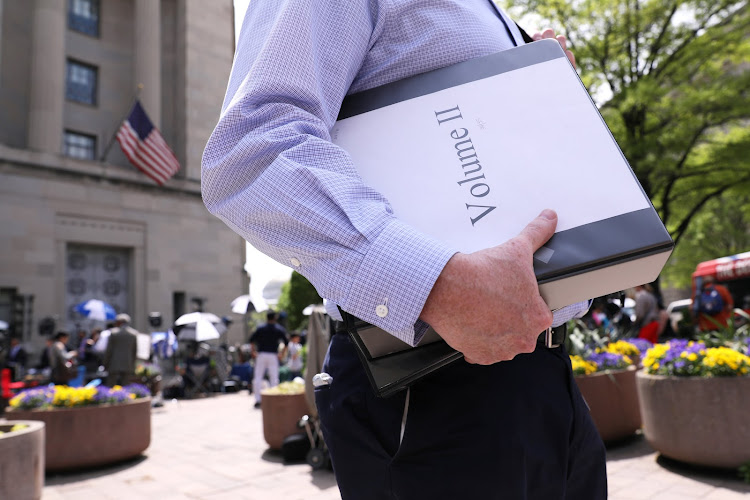 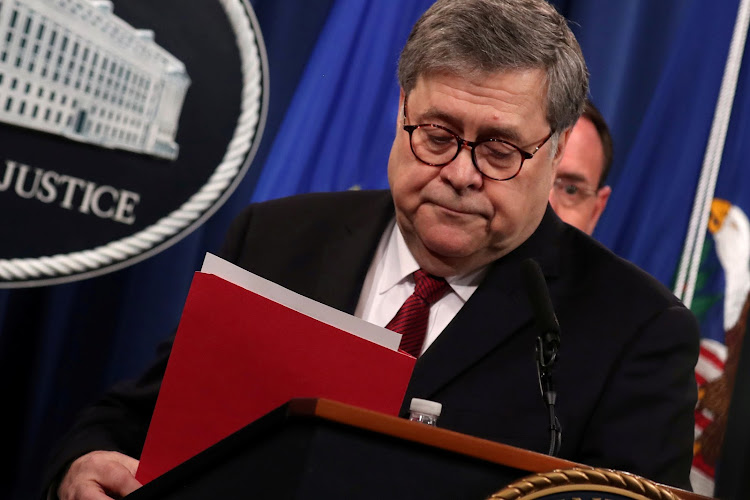 A seething President Donald Trump launched a tirade Friday against the "bullshit" Mueller report, dismissing testimony detailing how he tried to thwart the probe into Russian interference in the 2016 election.

In early morning tweets, Trump called it "the Crazy Mueller Report" written by "Haters" and filled with statements that "are fabricated & totally untrue." Some of the statements, he said, "are total bullshit & only given to make the other person look good (or me to look bad)."

“The Mueller Report is perhaps the single most humiliating thing that has ever happened to the White House Press in the history of this Country. They know they lied...Many reporters lied about Russia Collusion and so much more. Clapper & Brennan, all lies” @TuckerCarlson

Just 24 hours ago, the president was crowing "Game Over" for opponents after the long-awaited report by Special Counsel Robert Mueller came out, stating that Trump's election campaign never actually colluded with Russian meddling efforts.

That meant Trump was cleared of suspicions that he'd been in cahoots with the Kremlin.

U.S. President Donald Trump gestures alongside First Lady Melania Trump before departing the White House on Marine One, after the release of Special Counsel Robert Mueller's report on Russian interference in the 2016 US presidential election, in Washington, US, April 18, 2019.
Image: REUTERS/Lucas Jackson

But Trump, spending the long Easter weekend at his Florida golf resort, is now digesting the huge report's findings that he was happy enough to benefit from Russian dirty tricks and tried repeatedly to hamper Mueller's investigation.

Although Mueller stated he was following Justice Department policy in not charging Trump with the crime of obstruction of justice, he laid out 10 instances where the president took steps in that direction. As a result, Mueller said he could "not exonerate" him.

The almost 450-page report, including scenes of a White House filled with lying, swearing and barely disguised panic, marks a dramatic new low for a president who won election as an outsider on a mission to clear Washington's "swamp."

Adding to its weight is the fact that the material is based largely on sworn testimony by Trump insiders, rather than rival politicians.

Statements are made about me by certain people in the Crazy Mueller Report, in itself written by 18 Angry Democrat Trump Haters, which are fabricated & totally untrue. Watch out for people that take so-called “notes,” when the notes never existed until needed. Because I never....

Whether the Mueller report has any immediate effect on the US political scene ahead of 2020 elections, however, is uncertain.

Democrats say the report proves Trump is unfit for office, but with Republicans controlling the Senate, they have no chance of removing him through impeachment.

And Trump, who throughout the two-year investigation has claimed to be victim of a "witch hunt," is using the latest uproar to cement his "us-against-them" appeal among a loyal right-wing support base.

What's sure is that publication of the Mueller report will not end the bruising investigations into Trump.

House Judiciary Committee chairman Jerry Nadler fired the first post-report shot for the Democrats, announcing a subpoena Friday requiring the Justice Department to hand over all the parts of the document that were blacked out for legal or security reasons. He also demanded to see the supporting documentation used by Mueller to make his findings.

"Even the redacted version of the report outlines serious instances of wrongdoing by President Trump and some of his closest associates," Nadler said.

"It now falls to Congress to determine the full scope of that alleged misconduct and to decide what steps we must take going forward."

Another powerful Democrat with subpoena power, House Intelligence Committee chairman Adam Schiff, tore into Trump, saying his campaign's Russia contacts were at a minimum unethical and that Congress should now determine whether his obstruction attempts amounted to a crime.

US President Donald Trump sought to have special counsel Robert Mueller removed nearly two years ago from the probe into Russian meddling in the 2016 ...
News
1 year ago

Trump: media is 'Enemy of the People'

President Donald Trump on Tuesday branded the mainstream media the "enemy" and the "opposition party" after the Mueller report cleared him of ...
News
1 year ago

US President Donald Trump declared on Sunday that he had been completely exonerated after his campaign was cleared of colluding with Russia in the ...
News
1 year ago

Top congressional Democrats said Sunday it was "urgent" that the full report on Russian interference in the 2016 US election be publicly released, ...
News
1 year ago
Next Article