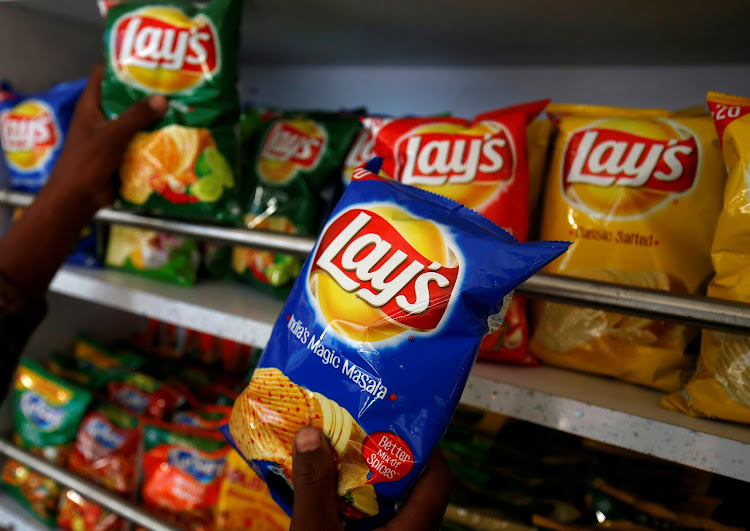 A customer picks packets of Lay's potato chips at a shop in Ahmedabad, India, on April 26 2019. PepsiCo will withdraw its lawsuits against potato farmers accused of infringing its patent.
Image: REUTERS/Amit Dave/File Photo

PepsiCo Inc said on Thursday it will withdraw its lawsuits against a number of Indian potato farmers accused of infringing its patent.

Other than filing the lawsuit against the four farmers in April, PepsiCo had also sued five other potato growers.

"After discussions with the government, the company has agreed to withdraw the cases against the farmers," a PepsiCo India spokesman said, adding that applied to all nine of them.

Chips! Pepsi cracks down on proprietary spud use

PepsiCo maintains that it developed the FC5 variety, which has a lower moisture content required to make snacks such as potato chips, and registered the trait in 2016.

In April, the company filed the lawsuit in a court in Ahmedabad, the business hub of the western state of Gujarat, requesting the court to restrain the four farmers from growing the FC5 variety. The company had also sought more than 10 million rupees ($142,840) each from the farmers.

The state government of Gujarat had assured the farmers that it would help them, Nitin Patel, deputy chief minister said last month.

PepsiCo, which set up its first potato chips plant in India in 1989, supplies the FC5 potato variety to a group of farmers who in turn sell their produce to the company at a fixed price.

"The company remains deeply committed to the thousands of farmers we work with across the country and towards ensuring adoption of best farming practices," said the spokesman.