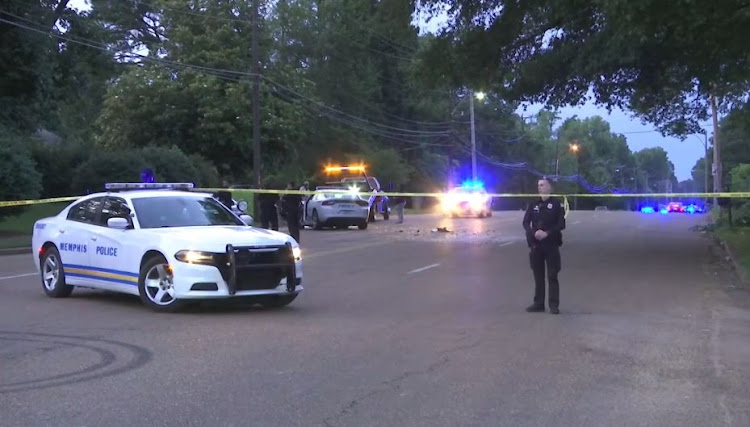 Riot in Frayser Tennessee.
Image: Screengrab from FOX13 via Facebook

At least 24 police officers were injured in Memphis, Tennessee in violent clashes with protesters, who took to the streets following the fatal shooting of a man  by US Marshals during an attempted arrest, authorities said on Thursday.

Memphis Mayor Jim Strickland said two journalists were also injured when the crowd attacked police with bricks and rocks. Authorities gave no immediate account of injuries among the demonstrators.

Several officers have received minor injuries due to individuals throwing bricks/rocks at the officers. Officers are being check by paramedics. This is still an active scene. MPD officers are securing the area so that TBI can make the scene.

"At least 24 officers and deputies were injured -- six were taken to the hospital," Strickland said in a Facebook post early Thursday morning. "Multiple police cars were vandalized. A concrete wall outside a business was torn down. The windows were broken out at fire station 31."

Neither the mayor nor a representative with the Memphis Police Department were immediately available for further comment.

The Tennessee Bureau of Investigation said it had been called in to investigate the shooting, which it said took place after U.S. Marshals tried to arrest a man wanted on "multiple warrants". It did not identify the dead man.

The TBI said that the man rammed his vehicle several times into police cars before getting out with a weapon.

"The officers fired striking and killing the individual," the release said, adding that no officers were injured in the immediate incident.

Officials with the Memphis Police Department reported on Twitter that after the shooting, some police officers "received minor injuries" from people throwing "bricks/rocks" at them.

The Memphis Appeal newspaper reported that a "tense standoff" escalated with dozens of people.

There were no initial reports on other arrests or the extent injuries.

Mayor Strickland posted, "Let me be clear—the aggression shown towards our officers and deputies tonight was unwarranted."

OFFICER-INVOLVED SHOOTING: TBI, Memphis police, and SCSO are assisting after an officer-involved shooting in Frayser. What we know: http://bit.ly/2ICjwiu