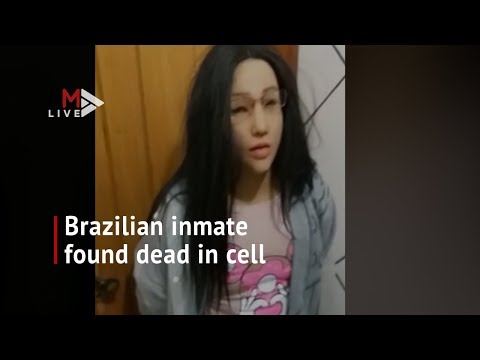 Brazil's state prison service said the body of Clauvino da Silva was found at the high-security prison complex he had attempted to escape from disguised as his daughter.

Prison officials said it appeared that Silva had hanged himself in a solitary confinement cell he'd been sent to as punishment for his escape attempt.

Image: Rio de Janeiro state secretary of prison administration/via REUTERS The items Clauvino da Silva used to disguise himself as his daughter are pictured at the Bangu jail complex in Rio de Janeiro, Brazil, on August 3 2019, in this picture obtained from social media by Reuters.

The Guardian reports "Silva, a member of Brazil's Red Command drug faction, had been serving a nearly 73-year sentence when he tried to flee on Saturday with the help of a silicone mask, a black bra and wig, and a skin-tight T-shirt emblazoned with three pink doughnuts."

The BBC reports "Silva's daughter, who had stayed in his cell while her father tried to escape, was being investigated along with eight other people for their alleged involvement in the attempted jailbreak."